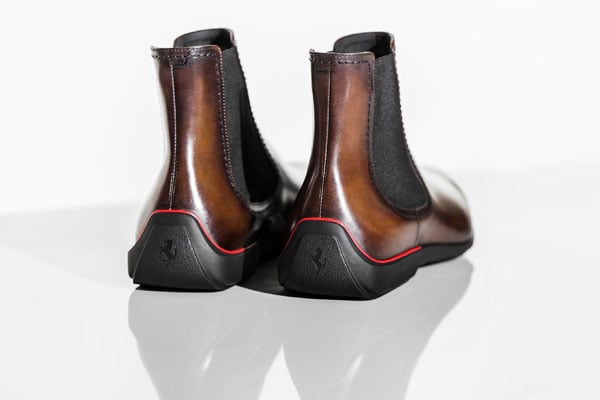 You’re already well acquainted with Ferrari’s new SP1 and SP2 supercars which were recently unveiled. The 6.5-litre V12 machines produce 800hp of power and are gloriously fast machines, but they’re also handcrafted pieces of carbon-fibre covered bodies that demand you wear the right attire when stepping into one.

To that end, Berluti and Ferrari have collaborated on a “Ferrari Limited Edition” collection that includes slip-ons, Chelsea boots and a pair of Oxford shoes.

All the shoes have a carbon-inserted sole which uses the same Plain Twill 2×2 carbon fibre that you will find in a Ferrari.

The Slip-ons, available in Graphite black, Brun and Rosso Berlinetta Red and have an elastic slip-on detail along with the signature Ferrari red piping on its heel.

The laces on the Oxford, which are available in options of Graphite black and Brun, are hidden and here too you will find the red piping on the heel. 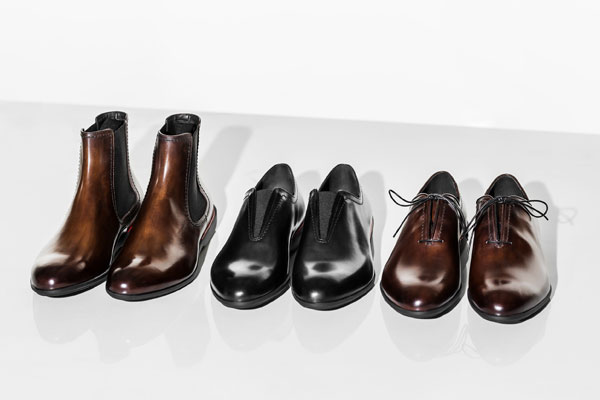 The Chelsea boot meanwhile has the similar red piping with a rubber sole as well as prominent Ferrari logo.

The collection comes at a time shortly after former Dior Homme director Kris Van Assche joined Berluti as its artistic director. The CEO of Berluti, Antoine Arnault, is also the chairman of Loro Piana.

In addition to the shoe collection from Berluti, Loro Piana also collaborated with Ferrari on the SP1 launch collection on apparel including racing overall, gloves and scarves.

If you do manage to score yourself a limited-edition SP1 or SP2, there’s no excuse whatsoever for tuning up dressed shabbily.