Bentley's focus on becoming a sustainable luxury brand by 2030

In 2019, Bentley completed 100 years in the car-manufacturing industry. While the celebrations were marked by historic car parades and exclusive car unveilings, the British luxury carmaker also announced its ‘Beyond 100’ strategy.  Gulf Business caught up with Richard Leopold, Bentley’s regional director for the UK, Africa, and the Middle East to know how the company is progressing on its path to electrification.

“We wanted to create a strategy that looked to the next 200 years, and that is what Beyond 100 signifies. It focuses on becoming a sustainable luxury brand by 2030. In fact, we aim to be the leader in sustainable luxury mobility,” says Leopold. He further emphasises the brand’s ambitious  product roll-out plan, which features the launch of five new battery-electric vehicles (BEV) between 2025
to 2029.

The British auto giant also has a transition plan in place from a production standpoint. “We’re developing a new production line in the factory at Crewe. We call it the ‘dream factory’ and that is separate from the internal combustion engine (ICE) production line. There will be BEV alongside ICE. It allow us to have a transition strategy. If some markets are slower or faster to adapt, we can produce more or fewer ICEs or BEVs,” explains Leopold.

Plug-in hybrid derivatives of Bentley’s products are in line to be introduced on the road to total electrification. As regards the development of hydrogen fuel-cell propulsion, Leopold states that the Volkswagen Group is carrying out a study, but Bentley is focused solely on investing in electrification.  Sustainability will play a key part in modern automobile production, and Bentley aims to be a leader. Vegan interiors and recyclable materials are elements one may expect to find in the first batch of Bentley’s BEV products.

Leopold mentions that six to seven per cent of global sales are registered in the Middle East. However, the importance of the Gulf market extends beyond sales figures, explains Leopold. “We have a lot of bespoke customer configurations for the the region. Our value per car is a lot higher in the Middle East compared to other regions.”

Bentley will also conduct more customer-oriented activities such as dynamic track driving sessions, with the new model launches. Talking about sales figures and profits, Bentley just reported a 124 per cent rise in operating profits in H1 2022 over the same period in 2021, recording an operating profit of EUR398m.

Revenue per car also climbed from EUR186,000 to EUR213,000 per car. This was achieved due to high levels of customisation and personalisation of cars by Bentley customers globally. Sales numbers by models were led by the Bentayga SUV which accounted for 40 per cent of the volume, followed by the Continental GT at 33 per cent, and then the Flying Spur at 27 per cent. 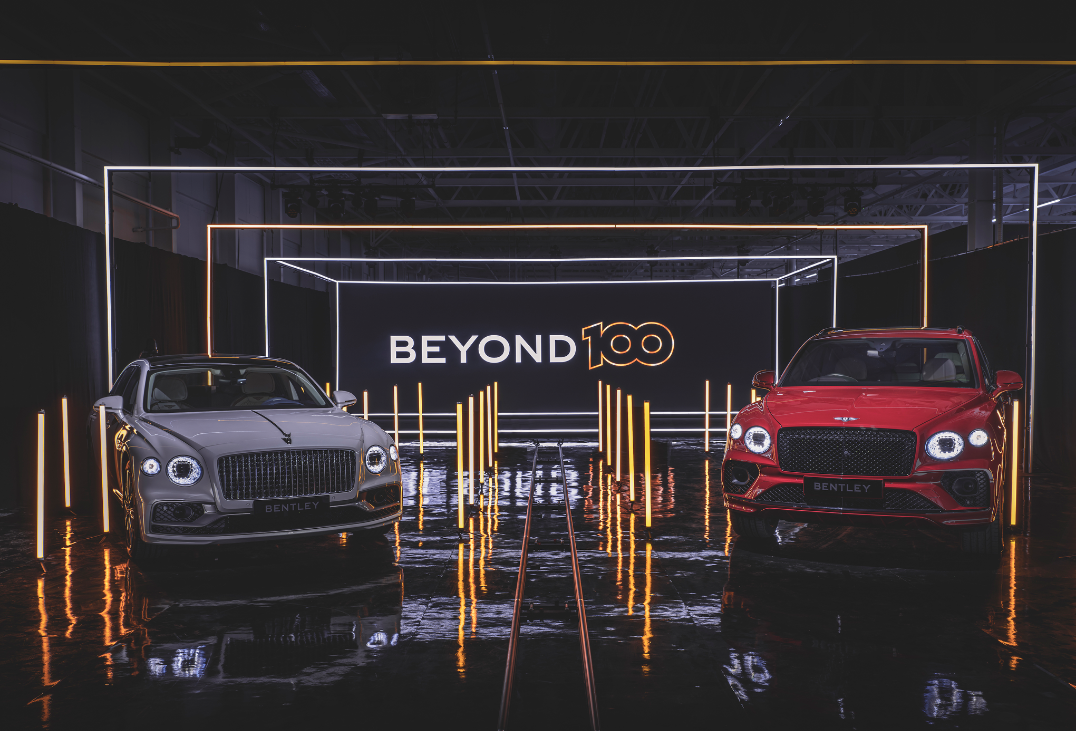 Speaking of new model launches, Bentley has recently brought in new sporty and luxury-themed trim derivatives called the S and the Azure range, to its Continental GT and Flying Spur models, respectively across various international markets, including the Middle East.  The new Bentley Bentayga EWB (extended wheelbase) with increased rear seat legroom has also been announced to please luxury car buyers who have spacious interiors on their primary list of demands.

Besides regional-specific customer experiences, the brand also promises to explore region-specific special edition variants. Called the Skyline edition, it has embedded motifs of the region’s skyline on the car’s interiors. The idea may have stemmed from an unusual request by a New York retailer, but now gets replicated in other regions such as China and Miami, and is now available in Dubai.  The recently announced Bentley Mulliner Batur also heralds the British automaker’s journey on the route to its ‘electric’ future. This special edition car showcases Bentley’s skill in customisation, personalisation, and coachbuilding.

The Batur is a sleek hard-top coupé, characterised by a new, minimalist design aesthetic. Beneath its bonnet lies a 6.0 litre, twin-turbocharged Bentley W12 engine – the luxury automaker’s iconic powertrain. Only 18 cars will be built, priced at $2m each, and they are already sold out.