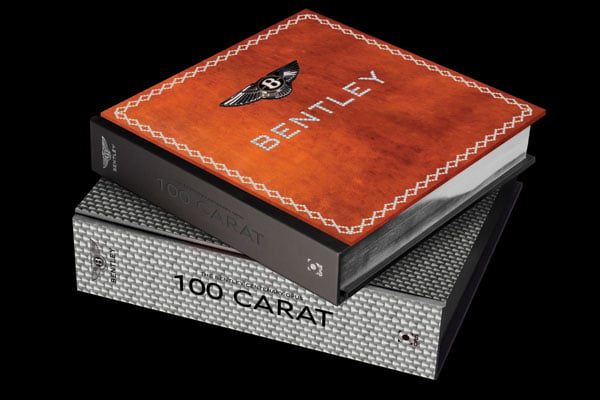 This year marks the centenary of one of the most prominent English luxury carmakers, Bentley.

Early on in its existence, Bentley captured the attention of a motley crew of wealthy thrill-seekers called the Bentley Boys who went on to win the prestigious Le Mans in 1924 and then on four more occasions consecutively between 1927 and 1930.

Chronicling its history and those early years that cemented its reputation as carmaker to be reckoned with, this book – The Bentley Centenary Opus – is an 800-page tome which is nearly a metre wide and weighs around 30kgs. 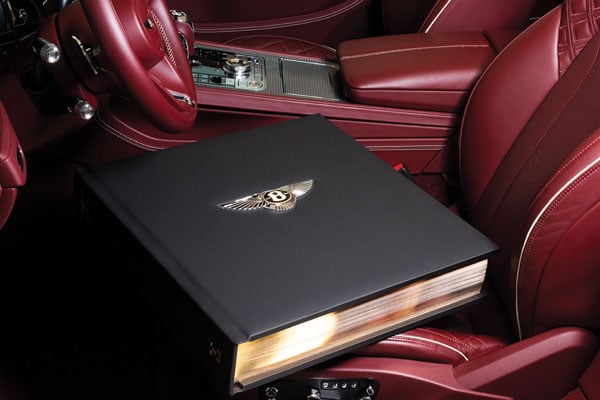 The book, which includes an introduction by Ralph Lauren, is divided into nine chapters, each of which focuses on areas like Design, Performance, Craftsmanship and Innovation, among others.

Tellingly, the final chapter of the book, titled The Future, is penned by Bentley CEO and chairman Adrian Hallmark.

The book is covered in the same leather hide that you find inside a Bentley, while the wing-logo on the front of the book is the same as that which is used on all the Centenary auto models that Bentley is launching this year to commemorate its 100th anniversary. 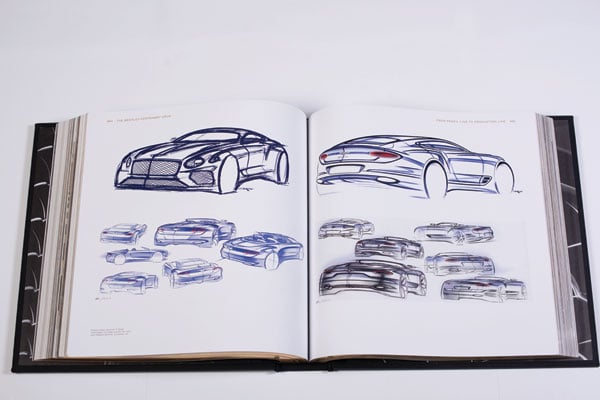 The book is available in three versions – Centenary Edition, Mulliner Edition, and an ultra-exclusive 100 Carat Edition.

The Centenary Edition is limited to 500 copies, the Mulliner Edition to 100 copies and the 100 Carat Edition which costs a whopping $252,000 to just seven copies – one for each continent.

Inlaid into the inside cover of the clamshell presentation case of the Mulliner edition is the is a piece of rubber from the tyre of the Bentley Speed 8 which won the 24 Hours of Le Mans in 2003. 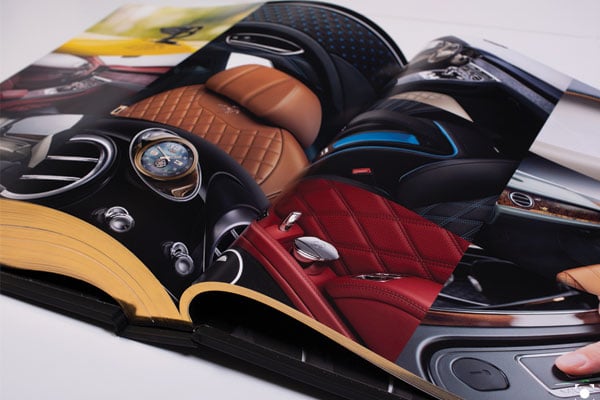 Those who buy the book have the option to personalise it by requesting Bentley to include photographs of themselves or their Bentleys in the book, apart from having their name gilded in gold or silver on the front cover.

The most exclusive of the three versions of the book, the 100 Carat Edition is covered with 100 carats of diamond. Also, the winged logo can be ordered in either white gold or platinum. Let the celebrations begin.