Being Normal Is Not About Fitting In - Gulf Business 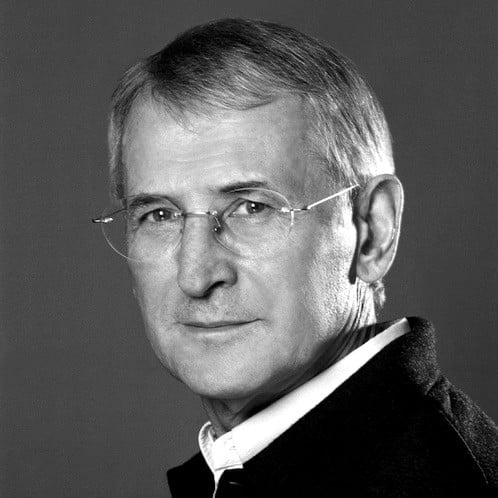 Normality is a subjective, relative concept: a conundrum, an enigma, and an illusion. In everyday situations, people judge normality by comparing others to their own implicit benchmark for normal behaviour. In this sense, normality in the eye of others may be quite different from what feels normal to oneself.

Does this mean there a statistical norm of being normal, and that every ‘normal person’ is, in fact, only average? In my opinion, it is quite the contrary.

In fact, there is no such thing as normal. Or to put it another way: normal is the messy, inconsistent way we get through life.

Normality in the workplace

Let’s look at the conundrum from the other side of the equation. What is abnormality? Although each person has an internal sense of what is regular or ordinary, when we move outside our comfort zone, the notion of normal is challenged.

We naturally seek cognitive and emotional alignment between the external world and our internal world. When there is misalignment, most people either try to adapt, or deny to themselves that they feel abnormal. But this self-imposed normalcy can trigger a variety of psychological problems.

Trying to fit into the world of work is no exception. Most people in organisations want to appear normal, particularly senior executives. They are highly visible; they don’t want others to see the strange inner life that they may be leading.

I remember one executive (let’s call her Karin) who consciously worked all through her career to fit into the organisations she worked for. On first impression, she seemed like a regular married person, living a normal life in a normal suburb, working at a normal job. When night came, however, things were different. It was like Karin had two different personas; two people who were alternately sharing the same body. She was like a swan, appearing serene and elegant on the surface, but underneath the water she was paddling like crazy.

To appear normal, Karin struggled to hide her doubts about herself. While at work, she wore an Italian suit, like the typical private equity banker she was. Her weekend persona, however, was almost feral. She preferred tight jeans, a silk T-shirt, and a leather jacket. She smoked marijuana and spent most of her time in trendy bars picking up men or women.

Finding normality in a sea of contradictions

Very predictably, pretending to be “normal” during the week made Karin’s life very difficult. She felt like a walking contradiction — only one step away from complete psychological implosion.

Two versions of normality were overlapping and being played out in Karin’s inner world. She was a hard-driving banker who was excellent at her job, although much of her professional talent was grounded in her edgy, risk-loving side. She could not admit this, even to herself, and so the two “normals” that struggled for dominance in Karin’s inner world made her feel abnormal everywhere.

Her marriage took a hit when her husband discovered an odd note from a man. Within a week she moved into an apartment on her own. She became depressed and unable to justify her behaviour, even to herself. At work, her colleagues attacked, like sharks smelling blood.

After a harsh performance evaluation, Karin was fired. Late that night, with her business suit in a pile on one side of the bed and her jeans and jacket on the other, she was conscious of not wanting to put on clothes from either pile. She decided she needed to figure out what was “normal” and “abnormal” for her, and how she could make it all fit.

This turned out to be a long process but over time Karin crafted a new life by building on what felt normal to her in all domains — work and love. Her dark side fueled a creative energy that she applied to her new job in a smaller investment bank, where she was extremely successful.

Being “normal” compared to her work colleagues – most of whom were men – would always be an elusive concept for Karin, but now, she was aware that being slightly “different” was in fact an asset.

Meeting your own standards

So, what is a well-functioning, normal person? That is something we have to figure it out for ourselves.

Freud described healthy functioning as “to love and to work”. Satisficing in these two realms – that is, having relationships and a purpose in life that are good enough by one’s own standards – leads to psychological resilience. It also allows people to make healthy choices about their life. and reach their full potential.

The question is how to arrive at this “satisficing” level of normality – how to attain this level of mental health?

As with Karin, executive coaches or psychotherapists encourage their clients to reassess their goals and motivations, and evaluate their strengths and weaknesses. They work with the client to identify the causes and triggers of self-destructive behaviour. This helps to surface a level of awareness of things that the client had feared or hidden from themselves.

From my experience working with large numbers of executives, I have concluded that healthier people do possess a common set of characteristics. (I say healthier rather than healthy because as must be clear by now health and illness—like normality and abnormality—are dimensions on a continuum).

Healthier people possess a stable sense of identity, they also have a greater capacity for reality testing. And when dealing with the vicissitudes of life, they are able to draw on more mature defence mechanisms. They take responsibility for their actions and generally, they view the people they deal with in a more balanced way.

Healthier people are not afraid to experience and explore the full range of their emotions. They live intensely and passionately and know how to manage their anxieties. They do not easily lose control or resort to impulsive acts.

Also, very importantly, they have the capacity to establish and cultivate intimate, satisfying relationships. They actively maintain a support network, and are able to accept help and advice. And finally, they are able to reflect on all the above characteristics in their own lives.

It is useful to always remind ourselves that tragedy and the abnormal often hide behind the normal. We are all a little bit crazy and weird. As a matter of fact, it could be argued that the “normal” people may be the strangest of all.