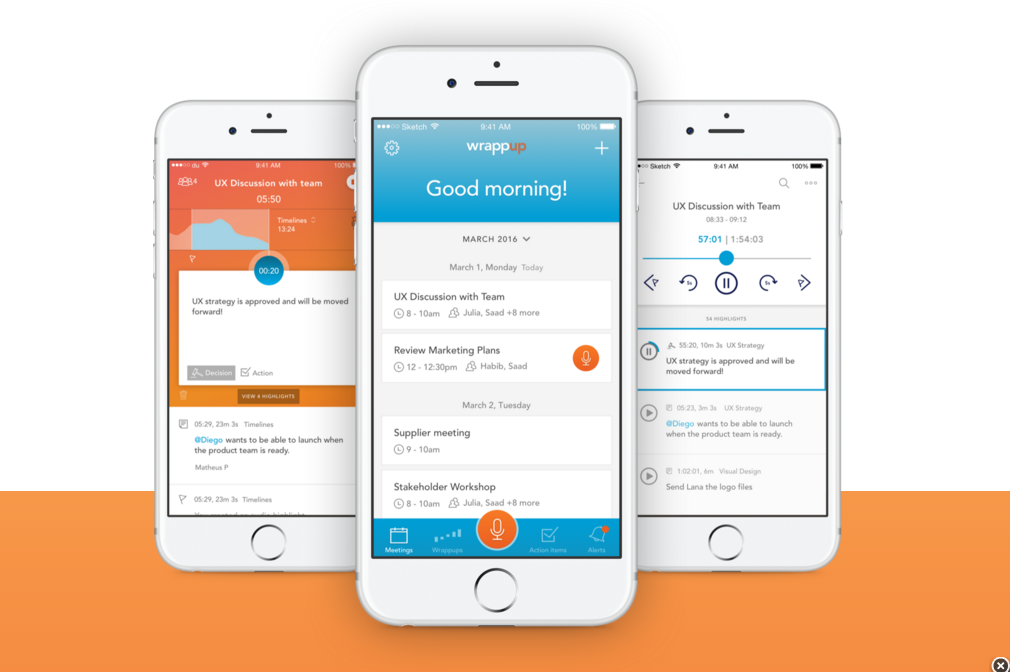 Wrappup is claimed to help prevent inefficient meetings by allowing users to flag important moments in a recording instead of taking notes.

These are compiled in a playable highlight reel sharable on the cloud, which is searchable for keywords and different speakers using analytics.

“We are very excited to have invested in the company and decided to lead the seed round and support the company as they bring their product to market in the coming months. It’s encouraging to see the product getting significant interest from various large and small businesses at such an early stage of their development,” said Amir Farha, co-founder and managing partner of BECO Capital.

The app is currently launching its private beta programme and accepting applications from teams and individuals who want access.

Founder and CEO Rami Salman, a former Bain and Company worker, said the app had already been used in meeting rooms, classrooms and conferences and the company was developing plugins for Slack, Microsoft Office and Salesforce.

“Wrappup is designed as a consumer-oriented enterprise product that is super easy to use. We believe that the average employee is now at the centre of making enterprise software decisions, not the executives. Millennials are downloading apps every day to help improve their lives and millennial employees now expect the same of workplace apps,” he said.