Battle Of The Smartphones | UAE News 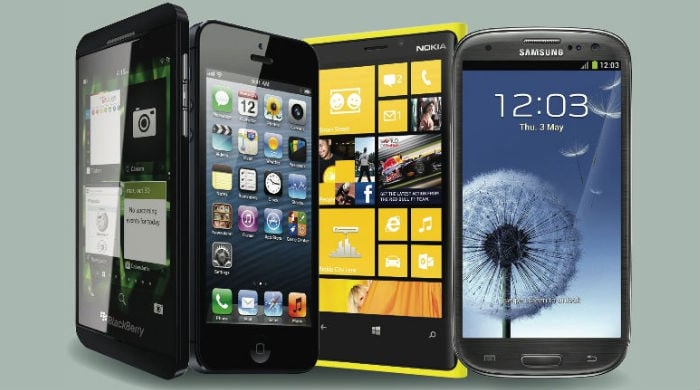 The much-anticipated BlackBerry Z10 smartphone enjoyed a glamourous global launch in late-January, and the first reviews of the company’s “bet the farm” model have oscillated between “amazing” and “too little, too late.”

“The device will be a game changer for BlackBerry as it is not just comparable to the best smartphones currently available but has several features better than the competition,” stated Neelesh Bhatnagar, CEO of Emax Electronics.

“The overall look, touch and feel is incredible and so is the navigation and speed of response.”

For Canadian manufacturer RIM (renamed BlackBerry at the same time as the launch of the BB Z10), its latest model is a last-ditch attempt to remain in business. The company’s global market share collapsed in the three years ahead of the launch, from around 20 per cent to just around 3.4 per cent in Q4 2012, according to Strategy Analytics data.

But it’s not just BlackBerry that’s struggling. The overall smartphone sector is rapidly becoming overcrowded. The battle for dwindling market share – if not for survival – is heating up.

Big players such as Apple, Samsung, Nokia and BlackBerry are going head-to-head against each other and clashing with smaller players like HTC, LG and Huawei.

“2013 will be the most challenging year as the race between these brands gets hotter,” predicted Bhatnagar. “The company which is able to quickly move with innovative thinking combined with marketing power will emerge the leader,” he said.

“Ultimately it is consumers at the cash till who determine whether a device or platform has won or lost,” explained Panjabi.

“Samsung came out of oblivion after struggling for years and became the default standard for Android within a space of two years. Nokia went from commanding over 60 per cent market share to being a struggler in the same two-year period.

“Sitting on your laurels is the last thing that any brand can do and 2013 will determine whether the comeback kids can start to challenge Apple and Samsung globally,” he said.

“That means Samsung can’t afford for the Galaxy S4 to be a flop and Apple needs to wow us again with the next generation iPhone if they want to stay ahead of the curve,” said Panjabi.

In the Middle East, manufacturers have the added task of promoting themselves aggressively to attract customers.

But even as the clash intensifies, the industry will continue its heady growth.

“The smart phone category will continue growing as long as consumers keep moving up the value chain and markets are unsaturated. This situation is far away,” stated Bhatnagar.

“Form factors will continue to change and we’ve already started seeing terms like “phablet” emerge or “hybrid laptops” for laptops that have tablet-like functionality,” said Panjabi.

“It’s all about what you want to imagine and waiting for it to happen at this stage.”