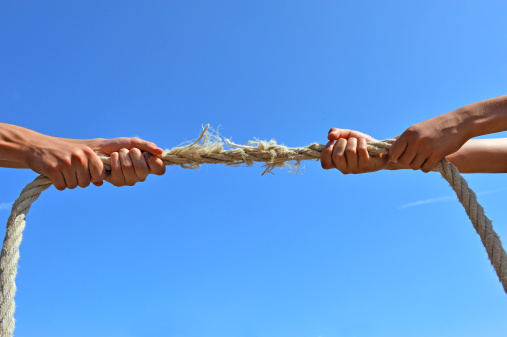 The UAE central bank started the New Year with a bang. On December 30 2012, it issued a circular to commercial banks in the country, instructing them that mortgages had to be capped for foreigners and locals in the UAE.

While home loans to foreigners were to be capped at 50 per cent of the property value for a first purchase of a home, and 40 per cent for subsequent homes, limits for Emiratis were set at 70 per cent and 60 per cent.

News of the circular leaked, banks were shocked, and soon real estate and financial experts began to debate the effect on Dubai’s reviving property sector and on liquidity in the market.

Following the uproar, less than a month after the central bank issued the circular, it clarified its stand, stating that the new parameters were not regulations, but only guidelines, and that new rules would only be issued after negotiations with banks.

No rules on mortgage caps have been issued as yet, confirmed Abdul Aziz Al Ghurair, the chairman of the Emirates Banks Association (renamed UAE Banks Federation), adding that the new rules are likely to be released in the second half of 2013.

“We received an initial notice on December 30, and it was meant to be a dialogue. We have clarified with the central bank and introduction of the new regulations was meant to be a step-by- step process,” he told journalists.

“But because of eagerness on the part of the media, there has been an over- reaction on the issue,” he added.

However, this is not the first time that the central bank has been forced to backtrack on its initiative; the regulator was forced to withdraw its regulation on restricted lending to government-related entities late last year after banks strongly objected to the ruling.

The central bank also retracted its liquidity rule issued in July after banks failed to meet the requirements in time.

Experts claimed that although the new ruling restricted banks’ profits, it would help bring the country’s banking system in line with international standards.

The central bank announced that banks and finance companies were banned from cold calling individuals to offer them loans and other services.

Although most customers welcomed the ruling, reports speculated the possibility of jobs losses within the industry.

As part of sweeping regulations on retail banking, the central bank capped the amount that banks can lend to individuals at 20 times their salary and set the period of loan repayment at 48 months.

The ruling sparked off anger among banks and customers in the country who complained that the ruling was too strict. It will “stifle credit growth” in the short–term, said experts.

The central bank issued new regulations capping bank lending to local governments and government related entities (GREs) at 100 per cent of capital, with lending to a single borrower limited to 25 per cent. The new rules were set to take effect from the end of September 2012.

Most banks protested the ruling. Hussain Al Qemzi, the CEO of Noor Islamic Bank told Gulf Business in November 2012: “I don’t really understand what the central bank’s objective is … maybe exercising control and putting in place regulations is good. “But the timing is not proper and it’s too short for banks to change the situation.”

The central bank announced that banks in the UAE would be required to hold “high-quality liquid assets” equal to 10 per cent of their liabilities from January 1, 2013. The central bank said physical cash, reserve requirements, central bank instruments and UAE federal government bonds would qualify as such assets.

Banks claimed the deadline was too tight and demanded more time to implement the regulation.

After receiving negative feedback, the bank said in December that it had decided to suspend implementation of the rule “until details of the regulation’s requirements are agreed upon.”

The central bank issued a circular to banks stating that mortgages to foreigners and nationals should be limited to 50 per cent and 70 per cent of the property’s values respectively.

Since the ruling was sudden and unexpected, the banks were taken by surprise and expressed concern. Under the umbrella of the UAE Banks Federation, they now continue to negotiate terms of the regulation with the central bank.