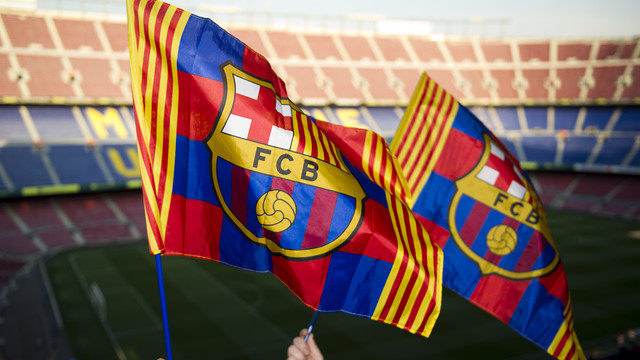 Barcelona have extended their sponsorship agreement with Abu Dhabi-based telecommunications group Etisalat by four years to the end of June 2017, the La Liga club said on Monday.

The latest deal confirms Etisalat as Barca’s main sponsor in countries including United Arab Emirates, Nigeria, Ivory Coast, Benin, Togo, Niger, Gabon and the Central African Republic, the club said on their website after a signing ceremony in the Catalan capital.

President Sandro Rosell said the deal would “allow FC Barcelona to strengthen its connection with our fans in these areas and be closer to them”.

“Without doubt, it will help us transmit our values and also grow socially and economically,” he added.

The club did not disclose financial details.

With high-profile players like Lionel Messi, Andres Iniesta and Gerard Pique in their ranks and their spectacular success on the pitch, Barca have found it easy to attract wealthy sponsors in recent years.

They cemented their status as the second-richest club by income behind Spanish rivals Real Madrid in 2011-12, according to the latest Deloitte “Football Money League” ranking published in January.

Revenue growth was driven by a 20 per cent jump in commercial earnings, bringing the increase over the two seasons prior to this term to 53 percent, Deloitte said.

Barca’s commercial revenue is underpinned by their deal with Qatar Sports Investments, one of the most lucrative in world soccer, and the club said in November the logo of Qatar Airways would appear on their shirts from next season.

For many years Barca were the only big-name club not to carry the name of a commercial sponsor on their shirts but have been forced to abandon the practice as they try to remain competitive with big-spending European rivals like Real, Paris St Germain and Chelsea.