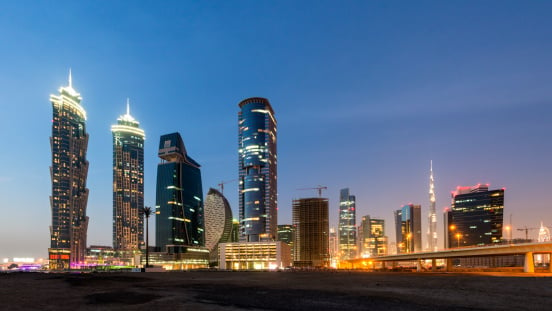 Dubai’s drive to develop its Islamic finance sector is fuelling growth of sharia-compliant banking but the benefits are unevenly distributed, with some lenders struggling to compete against burgeoning competition.

In 2013, Dubai’s government announced plans to turn the emirate into a centre for an “Islamic economy” with sharia-compliant businesses ranging from banking to asset management, trade, food preparation and certification, fashion, education and tourism.

This looked like good news for Islamic banks in the United Arab Emirates, and over the past 18 months, some have appeared to benefit. But others have not, underlining the sometimes unpredictable consequences of government efforts to develop Islamic finance in the Gulf.

“Lately, conventional banks have become much more aggressive in the Islamic banking space, which makes our business equally sensitive to competitive pressures,” he told Reuters.

Several initiatives announced by Dubai could have a big impact on the Islamic banking sector but have not yet materialised.

One such initiative is a central sharia board of Islamic scholars that would oversee the sector, potentially standardising banks’ products and reducing uncertainty over their religious permissibility. This could reduce costs for banks and increase the confidence of customers.

Another project still in the planning stage is the world’s first fully sharia-compliant export-import bank, which could spur the growth of Islamic trade financing.

But Dubai’s drive does appear to be having an impact in at least two areas. An aggressive publicity campaign seems to have pushed more consumers and companies to favour Islamic banking products, or to at least become more open to them.

Assets in the UAE’s Islamic banking sector expanded 11.4 percent last year to $127 billion in 2014, and could reach $263 billion by 2019, consultancy EY estimates. It said Islamic assets accounted for about a fifth of the country’s total banking assets, which according to central bank data grew 10.6 percent in 2014.

The second way in which Dubai’s Islamic economy drive is benefiting banks is an increased emphasis on sharia-compliant financing – bond issues and loans – by the Dubai government and big companies related to it.

Such deals create more capital markets business for Islamic banks and increase the supply of sukuk which they can use to manage their liquidity, potentially aiding their bottom lines.

The UAE central bank took an important step towards improving Islamic banks’ liquidity last month, making it easier for them to access its special lending facility by expanding the range of collateral they can use.

Some of the UAE’s six full Islamic banks are clearly benefiting. Historically, a lack of scale has made them less profitable than conventional banks, but for some the gap is shrinking. Noor Bank reported a record net profit of 678.1 million dirhams ($184.6 million) for 2014, a 166 percent leap from 2013.

Other Islamic lenders are not faring so well, however. Al Hilal posted just 2.1 percent growth in total income in the first half of 2014, with a 15.5 percent drop in the second quarter, its latest financials show. The lender did not respond to a request for comment.

One risk in Dubai’s drive is that it whips up so much enthusiasm for Islamic banking, causing so many conventional institutions to pour into the sector, that competition starts to hurt profit margins and the market quickly becomes saturated.

“Overall, we should expect NBF Islamic to keep pace with the bank’s overall growth targets once it has settled, which puts its growth rate at around 20 percent per annum,” Cook said.

NBF hopes its Islamic banking segments can grow to represent as much as a quarter of its overall business. Such growth would be supported by previously unmet demand, Cook said; “we expect this trend to continue as efforts to grow the Islamic economy intensify.”

Growth in size does not necessarily ensure profits, however. Dubai’s Mashreq said its Islamic business was growing about 40 percent annually, but its non-interest income shrank 7.7 percent in 2014. Interest income – which is banned by Islamic finance – grew 26 percent.

Hussain al-Qemzi, chief executive of Noor Bank, said that although banks were expanding their Islamic windows, not all of them considered the windows as core to their business.

“In that sense, yes it can be viewed as a defensive strategy aimed at protecting market share in Muslim majority markets.”