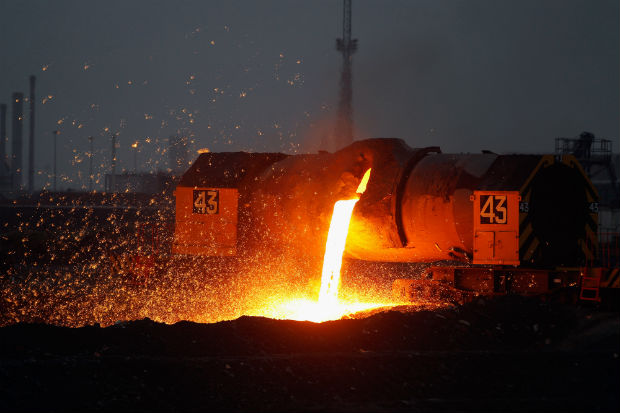 Emirates Aluminium (Emal) will have to pay much higher rates to borrow money from banks to help finance a $4 billion smelter expansion due to the impact of the Eurozone crisis on infrastructure lending in the Middle East.

Emal, a joint venture between Abu Dhabi’s Mubadala and Dubai Aluminium, aims to raise about $2.8 billion via the loan. The company will also invite banks to pitch for a bond mandate at the end of September, banking sources said on Wednesday, a sign that companies are having to turn to bond investors for cash as the euro crisis makes bank loans more difficult to access.

The loan portion of the finance package, currently being studied by banks, will cost Emal more than double what it paid for financing on the first phase of the smelter.

Pricing on the 15.5 year loan, earmarked to raise around $2.8 billion, starts at 225 basis points and increases to 300 bps over the life of the loan, two bankers said, speaking on condition of anonymity as the information is private.

This is up from the 70 bps-130 bps margin Emal paid on the $4.9 billion loan that backed the first phase of its Abu Dhabi-based aluminium smelter in 2008.

The price hike reflects the shift in the Gulf’s project finance market, where cheap, abundant liquidity from European banks is no longer available because these lenders are grappling with a host of problems related to the euro crisis, including the high cost of access to US dollars.

“It is fairly realistic pricing and banks are reasonably confident that they can get it for that sort of level,” one Middle Eastern banker said.

Non-European banks are expected to provide a large chunk of the loan funding, with Japanese banks in particular lining up to back the deal.

One European banker said two firms with an existing relationship to Emal, Bank of Tokyo-Mitsubishi and Sumitomo Mitsui Banking Corporation, could put down $500 million between them.

Local banks, including National Bank of Abu Dhabi, First Gulf Bank and Union National Bank, are also likely to join the deal, with the possibility of others which have not ventured into the project finance market since the economic crisis, such as Emirates NBD, joining, the banker added.