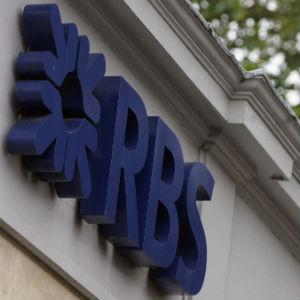 Royal Bank of Scotland and two other banks have abandoned talks on restructuring Dubai Group’s $10 billion debt and threatened to bring unprecedented legal action against the investment vehicle of Dubai’s ruler, sources close to the matter said.

The walkout by RBS, German lender Commerzbank and South Africa’s Standard Bank at the beginning of June could prevent a deal for the entire restructuring just as an initial agreement is about to be circulated to other banks, five sources said.

They said the three banks had walked away and were threatening legal action to demand immediate payment, unprecedented in an emirate where banks have tended to take the best terms on offer due to an opaque legal system and to avoid jeopardising chances of winning future business.

“We are no longer negotiating. We have asked for our money back or we will go to the courts under the terms of the contracts we signed,” said a banker at one of the lenders, speaking on condition of anonymity.

RBS had been co-chair of the creditor committee representing banks with either little or no security tied to their cash.

All three banks were part of this group of creditors, the largest of three groups negotiating with Dubai Group, a unit of Dubai Holding, the personal investment arm of Sheikh Mohammed bin Rashid al-Maktoum.

A spokeswoman for RBS confirmed the part-nationalised British lender had given up its role on the creditor committee, but did not give further details of its position.

“This decision was not taken lightly as RBS has a strong track-record of supporting restructures in the region, but a number of factors beyond our control have led us to consider other options in this case,” she said.

Dubai Group said it didn’t comment on private negotiations but said it “remains fully committed to reaching a consensual agreement with all key stakeholders and believes that this remains an achievable objective.”

A document detailing the terms of a proposed restructuring was signed by the mainly-unsecured creditor committee last Tuesday and was due to be put to all those creditors this week, three sources said.

It is the first time an agreement has been reached between the company and its 44 creditor banks since Dubai Group missed two debt repayments in late 2010, precipitating restructuring talks. Most banks are from the Gulf and Egypt, but they also include France’s Natixis.

The government walked away from debt talks in January, dashing any hope creditors had of state support.

The banker said that if the three banks were not repaid, it could force Dubai Group into liquidation and jeopardise the entire restructuring.

But the threat of legal action could also be a sign of frustration among creditors, said Chavan Bhogaita, head of markets strategy at National Bank of Abu Dhabi, which is not involved in the restructuring.

“We would regard it more as posturing or sabre rattling simply aimed at getting more reasonable terms,” he said.

The three banks’ main concern is the proposed 12-year debt repayment extension for unsecured creditors because of the cost it would impose on the banks to extend cash for so long, three sources said. Other restructurings in the region have involved much shorter extensions.

Dubai Group is relying on asset sales to repay its obligations and wants time for values to recover before selling.

Its mostly financial assets include stakes in Egypt’s EFG Hermes, knocked by Middle Eastern turmoil, and Cyprus Popular Bank, formerly Marfin, whose recapitalisation forced Cyprus to seek an international bailout. Dubai Group also has a stake in Borse Dubai, which owns 20.6 per cent of the London Stock Exchange.

Trying to go through the courts could prove hard given uncertainties over insolvency law in Dubai. No Dubai court has dealt with a similar restructuring, despite a number of state-linked entities in the emirate seeking debt help since Dubai World’s $25 billion restructuring request in 2009.

“We could get back nothing or everything,” said the source from one of the three international banks. “But there was no point sitting at the table and thrashing out a term sheet we were never going to sign.”

Among concessions offered to international banks was a chance to opt out of the restructuring after five years and be repaid their capital, but with a penalty fee for an early exit.

Secured lenders get repaid after 3.5 years rather than 12 and two sources said most of them had agreed to the terms. That group of creditors is headed by Mashreq. Natixis, the sole member of a partly-secured creditor group, also signed the term sheet on Tuesday, one added.

Of the $10 billion total debt, $6 billion is owed to banks and the remaining $4 billion is classed as inter-company loans.

A senior banker who is involved in the negotiations and supports the restructuring said that despite the walkout by the three banks, progress had been made.

“There has been more progress in the last two weeks than in the last two years so the hope is they will look at their rationale for leaving and come back into the tent,” he said.

Unlike Dubai World, Dubai Group cannot use Decree 57, a bankruptcy law drawn up in 2009 that can be used by a company to force creditors in line.

RBS has been replaced by Commercial Bank of Qatar as co-chair of the mainly unsecured lender committee. It is also headed by Emirates NBD, two sources said.