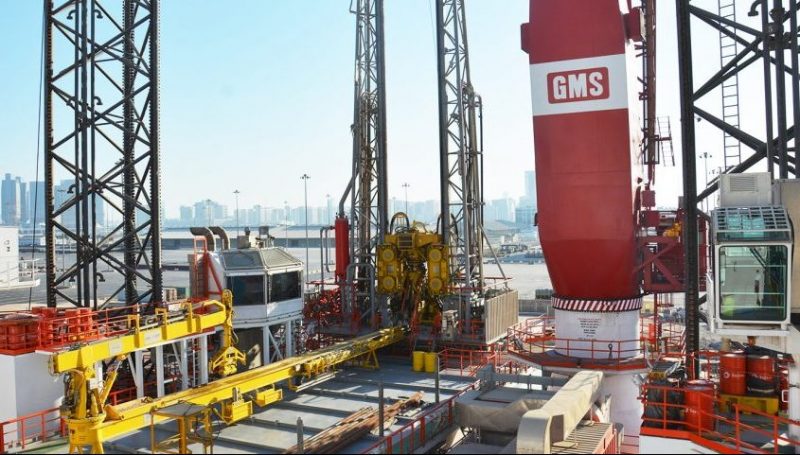 London-listed GMS, which provides support vessels for offshore oil and gas and other energy installations, has been hurt by a downturn in the oil and gas services industry after a slump in oil prices in recent years reduced demand.

GMS had $400m in total net debt at the end of last year and is renegotiating terms with creditors after it said it may not be able to meet principal debt repayments late next year.

Over the past few months the company, advised by boutique investment bank Evercore, has been in talks with its lenders about adjusting its capital structure.

GMS said in a statement earlier this month that the talks were making progress, when it announced the resignation of its chief executive – the latest of a series of shakeups at board and management level.

The firm’s group of creditors, which include Abu Dhabi Islamic Bank, HSBC, and Abu Dhabi Commercial Bank, could potentially pick AlixPartners, a restructuring advisory firm, as their adviser, the sources said.

HSBC and Abu Dhabi Islamic Bank declined to comment while AlixPartners and Abu Dhabi Commercial Bank did not respond to requests for comment.

“The company and its financial advisors continue to be in active and constructive discussions with its banking syndicate and individual lenders with a view to receiving a waiver or agreeing an amendment to the relevant covenants and to establish an appropriate long-term sustainable capital structure,” GMS said in its statement earlier this month.

In January, GMS negotiated “additional headroom” with its banks after breaching a debt covenant.

It now plans to find a new agreement with its creditors ahead of further covenant breaches and higher debt repayments starting from 2020.

“GMS may not be able to fully service the increased scheduled debt principal repayments, from the end of Q3 2020 onwards,” it said in a presentation at the end of last year.

In addition to AlixPartners, strategic adviser Houlihan Lokey is in the race to advise the banks, said the sources.

Houlihan Lokey did not respond to a request for comment.

Earlier this year, GMS under its previous management, also discussed with creditors a potential debt raising exercise, but that never materialised, said the sources.

GMS’ debt repayments will increase to around $60m per year from 2020 onwards, from around $20m previously, the company has said.

The company made a net loss of $5.1m last year and has embarked on a number of cost savings measures, including a reduction in headcount, which it says could save it $6m by 2020.