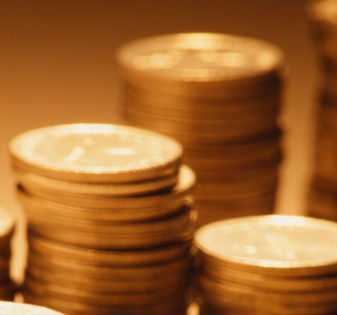 Steady as she goes is probably the most apt description for the GCC banking sector at the moment.

Despite a number of internal and external challenges confronting Gulf banks, many have made consistent progress during the course of 2012, building on the recovery for the sector as a whole in 2011. This trend should continue into 2013 barring any new global or regional event, although the path may be patchy. In light of the turmoil still confronting European banks as well many of the large international banks where asset quality and capitalisation remain issues of uncertainty, the performance for the GCC banking sector has been relatively good.

GCC banks have benefited from the buoyant regional economy, supported by high oil prices and high levels of government spending. Banks have also avoided exposure to many products that continue to impact international banks, including Eurozone debt.

The strongest growth in assets in the first half of 2012 was recorded in Qatar, rising by 20 per cent. Qatar National Bank (QNB), which saw a 26 per cent increase to for the year to end June 2012, drove growth in Qatar. Other Qatari banks, including Qatar Islamic Bank and Masraf Al Rayan also recorded good growth. Regional asset growth was driven by an expansion in loan portfolios.

Growth was particularly strong in Qatar.

National Commercial Bank in Saudi Arabia saw the strongest growth among the ten largest banks in the GCC with profits up 20 per cent to June 2012. QNB was in second place in terms of growth, with 17 per cent, but achieved the highest level of profits, at $1.13 billion. Al Rajhi Bank of Saudi Arabia and National Bank of Abu Dhabi also enjoyed good rates of growth, with Al Rajhi remaining the most profitable bank amongst the region’s largest ten institutions. Islamic banks’ profits increased by 19 per cent in the period, on the back of continued growing demand for Sharia’h finance across the region.

The aggregate level of NPLs in the region is 4.8 per cent of total loans. There is considerablevariability in NPLs between countries, ranging from a low of one per cent in Qatar to a high of eight per cent in the UAE. The UAE figure reflects the impact of regulatory changes in accounting for NPLs and exposure to the real estate sector, with Dubai-based banks being more impacted than banks in Abu Dhabi.

For the GCC banking sector as a whole, higher net interest income in 2012 to date has been the maindriver of the improvement while increased loan loss provisions and operating expenses has been the main drag on the bottom line.

Higher provisions were somewhat of a surprise given the increase in 2011 but underlie the fact that some new non-performing loans are still emerging whilst some banks must also raise coverage for existing exposures.

There remain significant differences in both performance and market dynamics amongst the six states in the GCC. In 2012 to date, banks in Qatar continue to record the highest rates of asset growth with balance sheet expansion in the UAE and Kuwait flat, reflecting ongoing challenges in those markets.

Profit growth is also highest in Qatar followed by the Kingdom of Saudi Arabia (KSA) with weaker growth rates seen in Kuwait, which was partly due to increased provisioning, and the UAE. Provisioning charges have also risen in KSA but coverage levels among Saudi banks remains very high.

One advantage for the GCC banking sector is the current good level of domestic liquidity in the regional economy. High energy prices and greater hydrocarbon production have aided credit growth and increased money supply. Reflecting the better performance in individual banking sectors, there is variation in liquidity growth across the GCC economies.

Money supply in Saudi Arabia showed a moderate increase of 4.7 per cent in the year to August 2012. The gains came mainly from an increase in the currency in circulation and demand deposits.

Money supply growth in the UAE has recovered recently but remains impacted by significant investment in the real estate sector. However, the improvement in real estate activity in recent months has led to increased credit to the sector.

Driving the overall money supply growth in the GCC has been the increase in credit, which rose by 7.8 per cent for the eight months to August 2012, standing at $833 billion. Qatar had the most credit growth in the region, with loans extended by banks increasing by 18.5 per cent in the eight month period to August 2012 to $131.4 billion. The loans disbursed by banks in Saudi Arabia rose by 12.2 per cent to reach $256.2 billion as at August 2012. The UAE has the largest loan book in the region, and overall lending rose by 1.8 per cent to $296.9 billion as at end August 2012.