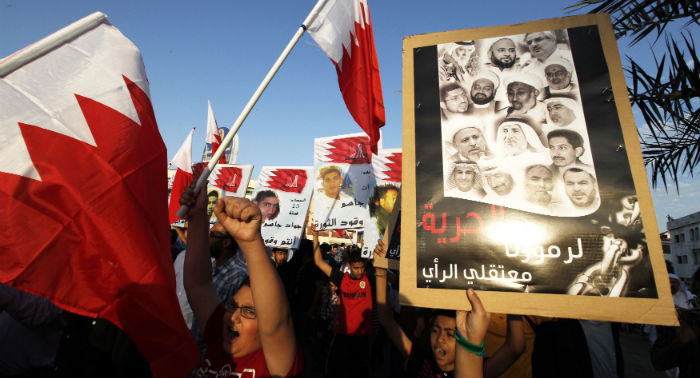 The Bahrain banking sector continues to face the challenges of ongoing political issues connected to the unrest, which has undermined the financial sector and slowed economic expansion. Moreover, both banks and the banking sector continue to face challenges still linked to the global financial crisis. The onshore commercial banks are experiencing slow growth due to the lacklustre economic performance whilst some offshore banks are still facing financing difficulties.

Economic growth in 2012 is likely around three per cent, the lowest in the Gulf Cooperation Council. Growth is assisted by an economic development package from the GCC which began this year. This provides up to $10 billion over 10 years to protect spending on social and physical infrastructure from oil price movements, thus enabling the government to reduce the amount of borrowing required for capital projects.

Whether higher development spending will help ease social and political strains remains uncertain. Higher political risk perceptions, if they persist, will likely make it harder to generate the private sector growth required to absorb the expanding Bahraini workforce over the coming years.

Capital outflows have occurred which has put additional pressure on the overall financial system. The government may find it difficult to reverse temporary spending increases, and higher spending levels will make the budget more vulnerable to potentially volatile oil prices. The threat to government finances from a sharp fall in oil prices has been a longstanding constraint onBahrain’s position. This weakness has become more of a concern over the past few years with the growth of public expenditure and the lack of progress on broadening the non-oil revenue base.

The wholesale institutions dominate the banking sector accounting for nearly three-quarters of total assets while retail banks around one-quarter of assets. Due to ongoing balance sheet pressure and deleveraging particularly at the wholesale banks, total assets in Bahrain’s banking system have contracted in recent years.

The latest Bahrain-based bank to face difficulties is the Islamic investment bank, Arcapita. The bank filed for bankruptcy protection in the US earlier in 2012. The bank’s 50 creditors, included the lenders on a $1.1 billion Islamic loan which was due on March 28 2012.

Hedge funds were blamed for pushing the bank to seek refuge in US courts.

Arcapita’s court filing also revealed that the bank was facing other large debt claims before filing for Chapter 11 protection, beyond the $1.1 billion loan. The documentation filed at the insolvency court also underlined the political ramifications of Arcapita’s financial woes. Arcapita’s biggest creditor is the Central Bank of Bahrain (CBB), which is owed about $250 million.

This disclosure of the central bank’s support for Arcapita raised some questions about the prudence of the country’s regulator. One of Bahrain’s main selling points for financial services firms is the reputation of the regulator, but that was tarnished by the collapse of Awal and TIBC. The commercial loan provided by the CBB was said to be a legitimate means to support Arcapita through the financing difficulties it had faced since mid-2008, and also to underpin the broader integrity of the country’s banking sector.

The central bank commented at the time that during the past three years it has placed some deposits in the local banks to underline the CBB’s support for the banking sector in the Kingdom of Bahrain in light of the global financial crisis.

It added that it granted Arcapita a $250 million murabaha facilty, a type of Islamic debt structure, in line with the policy of directing deposits to local banks.

More recently, a US judge said that Arcapita can extend control of its bankruptcy, overruling objections from lenders. The bank was given until mid December 2012 to file a plan and until February 2013 to win creditors’ support.

Other banks are making steady if not spectacular progress. Corporate banking remains flat but banks will try and focus on some of the large scale infrastructure projects in the region. Most retail banks are in reasonable shape although asset expansion is low.

Bahrain’s main local retail bank, National Bank of Bahrain, recorded a net profit of BD37.0 million ($98.5 million) for the nine months ended 30 September 2012, compared to BD36.0 million ($95.6 million) for the corresponding period of 2011, an increase of three per cent. This was after setting aside BD7.3 million ($19.4 million) towards general loan loss provision to strengthen the balance sheet and BD2.6 million ($6.8 million) towards impairment on equity investments.

Investcorp also appears to be recovering. As of June 2012, it posted its third year of positive net income since the global financial crisis. Net income of $67.4 million was lower than the previous year although fee income grew by 20 per cent year on year as a result of strong acquisition and placement activity. The bank also completed a successful $529 million loan refinancing.

Investcorp’s corporate investment business has continued its trajectory of recovery from the global financial crisis.

Asset based income was significantly down year on year due largely to the European crisis, accentuated by a slowing global economic environment.

Asset based income was also affected by Investcorp’s cautious view towards valuation of its corporate investments in light of prevailing high levels of market uncertainty, particularly in Europe.

Arab Banking Corporation recorded net profit of $135 million for the first half of 2012, down slightly from $148 million in the same period of 2011. The bank booked higher impairments provisions of $28 million. Gulf International Bank’s net profit in the first half of 2012 was also down marginally, at $58 million against $62.4 million. Both results indicate that markets remain difficult.