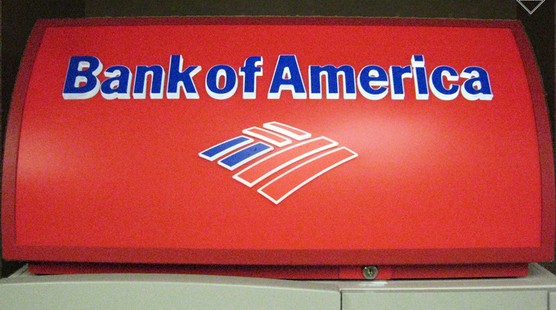 BofA’s move comes at a time when global banks, mostly European institutions, faced with a slump in deal activity and pressure to save money at home, scale back their business in the region and pull out of funding big-ticket projects.

But the bank, which made senior hires in the Gulf region last year, expects investment banking activity to pick up in 2013, according to Wadih Boueiz, the bank’s co-head of corporate and investment banking for the Middle East and North Africa.

“We are using our balance sheet more aggressively with strategic clients as part of our strategy to increase investment banking market share. We also see tremendous growth for our corporate banking platform,” said Boueiz, who also heads the bank’s sovereign wealth fund business.

A wide range of financial institutions, including Credit Suisse, Japan’s Nomura Holdings and UBS, have cut jobs in their investment banking teams for the Middle East last year.

Some have sold assets outright to raise capital.

“The MENA (Middle East and North Africa) region remains a strategic priority for Bank of America. We are taking a long term view of the region and are fully committed to further building our business here,” Boueiz said.

The bank is betting on a pick up in merger and acquisition activity in the Gulf Arab region this year as high oil prices, stable markets and low valuations spur deals from sovereign wealth funds and large companies.

“Sovereign wealth funds and regional companies looking to expand should drive most of this M&A activity. We expect them to be more active in outbound M&A, whether it’s out of their countries into the Gulf/MENA or globally,” Boueiz said.

Though still far off activity seen in the boom years, the Middle Eastern M&A is showing signs of a revival after a three-year slump, with transaction volume totalling $20 billion in 2012, nearly double that of the previous year, according to Thomson Reuters data.

Boueiz said Middle Eastern investors were increasingly looking into the U.S. for investments, a shift from their traditional preference for Europe.

“Interest in the U.S. has always been there but it went through a major slowdown. The U.S. is starting to show signs of improvement in its fundamentals, banks are doing better and corporates are sitting on excess cash,” he said.

In the past 18 months, Bank of America advised on a number of cross border transactions, including the $3.25 billion acquisition of Gassled by an infrastructure consortium including a Middle Eastern sovereign wealth fund, and the $1.9 billion sale of Abu Dhabi Commercial Bank’s 25 per cent stake in Malaysian lender RHB Capital.

The bank was also involved in the $1.7 billion sale of Turkey’s Acibadem by Dubai private equity firm Abraaj Group, the $800 million spin-off of Egypt’s Orascom Telecom Media and Technology Holding and the sale of a portion of Weather Investments’ stake in VimpelCom for $3.6 billion.