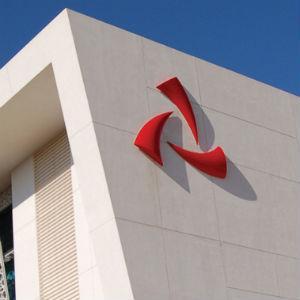 Dubai Group, the investment vehicle owned by the emirate’s ruler and second-largest shareholder in Bank Muscat, has sold its rights to buy into a share offering by the Omani lender at a significant discount, two sources said on Sunday.

Bank Muscat, Oman’s largest lender, offered new shares to existing holders at a 25 per cent discount to raise about $251 million to fund its credit growth and venture into Islamic finance.

The investment firm sold most of those rights at almost a 50 per cent discount in two separate over-the-counter deals for between 0.03 rials and 0.035 rials each on Thursday, the sources said speaking on condition of anonymity.

“The rights sale is at a significant discount to the current value,” said one market source. “It goes to show that the group has very little interest to commit additional capital in the bank and is trying to cash whatever value it can.”

Oman allows rights to be traded during the subscription period, enabling existing shareholders to pass on their rights to willing buyers. On Sunday, Bank Muscat shares were up 3.2 per cent at 0.516 rials. The rights price stood at 0.073 rials.

Pricing on the rights is normally calculated as the difference between the rights issue price – 0.427 rials in Bank Muscat’s offering – and the current market price. The bank’s stock closed at 0.500 rials on Thursday.

Dubai Group bought its 14.7 per cent stake in Bank Muscat for $619 million in 2007 through a private placement, making it the second-largest shareholder in the bank after Oman’s Royal Court Affairs which represents the Omani ruler’s personal interests.

The company has seen the value of that stake fall to around $400 million at current market prices.

Dubai Group, part of Dubai Holding, the personal investment firm of Sheikh Mohammed bin Rashid al-Maktoum, was hit hard by the global financial crisis and seen the value of most of its holdings deteriorate.

Like most other state-linked entities in the emirate, it embarked on negotiations with creditors to restructure debt and extend maturities.

Dubai Group is relying on asset sales to repay its obligations and wants time for values to recover before selling.

Its financial assets include stakes in Egypt’s EFG Hermes , knocked by Middle Eastern turmoil, and Cyprus Popular Bank, formerly Marfin, whose recapitalisation forced Cyprus to seek an international bailout. Dubai Group also has a stake in Borse Dubai, which owns 20.6 per cent of the London Stock Exchange.