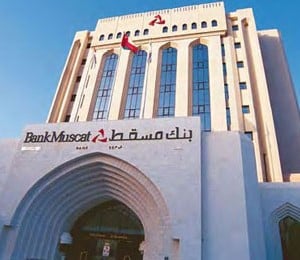 The bank made a profit of OMR36.5 million ($94.8 million) in the three months to Dec. 31 compared with OMR49.7 million in the year-ago period, it said in a statement to the Muscat bourse.

Loans and advances rose 9.9 per cent year-on-year to OMR6.75 billion at the end of December, while deposits increased 16.4 per cent to OMR6.63 billion.