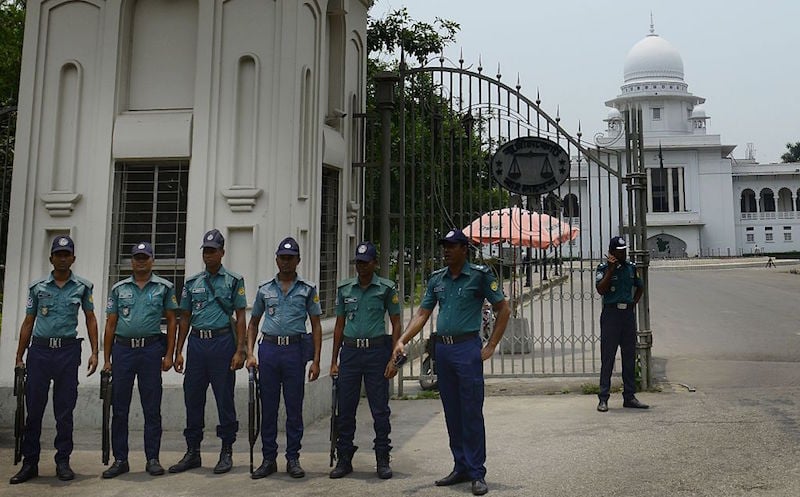 Bangladesh’s Supreme Court has upheld the death penalty for the man found guilty of murdering Saudi embassy official Khalaf Al Ali in 2012, according to media reports.

Saiful Islam Mamun shot dead Al Ali, 45, an official with the consular section of the embassy in front of his rented apartment in Dhaka’s Gulshan diplomatic zone on March 6, 2012.

The incident marked the first case of a foreign diplomat being murdered in Bangladesh.

Five suspects were charged with the murder and a Dhaka court sentenced them all to death in December 2012.

Following an appeal in 2013, Bangladesh’s high court sentenced Mamun to death, while three of his accomplices – Mohammad Al Amin, Akbar Ali Lalu and Rafiqul Islam – had their sentences commuted to life imprisonment for their role in the murder.

On Monday, a four-member bench of the Bangladesh Supreme Court led by the Chief Justice Syed Mahmoud Hussain rejected the petition filed by Mamun against the death penalty.

Mamun can now plead for presidential clemency to avoid the death penalty. If the president rejects his plea, the government will take the required steps to carry out his execution.

“Now, there is no bar towards executing the verdict against convict Saiful Islam Mamun,” attorney general Mahbubey Alam was quoted as saying.

Al Ali, a Second Secretary at the Saudi embassy in Dhaka, had worked in Bangladesh for two years and was due to shift to Jordan within months.