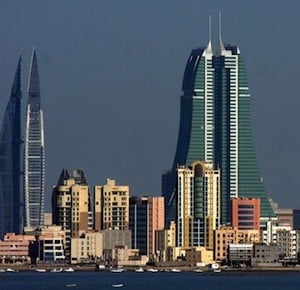 Bahrain-based investment company Investcorp said its full-year net income fell by more than half because of lower returns on its investment portfolio.

Despite a 20 per cent recovery in fee income, the company’s net income for the 12 months to June 30 shrank to $67.4 million, the company said in a statement on Wednesday. That compared with net income of $140.3 million for the prior-year period. “Net income was down due to a fall in asset based income primarily due to the European crisis,” Investcorp said. “Fee income, however, was up 20 per cent year on year due to strong acquisition and placement activity.”

Total assets at the end of June 2012 slipped to $2.7 billion from $2.9 billion in the previous fiscal year. Liabilities also decreased, from $1.8 billion to $1.7 billion, while Investcorp’s capital adequacy ratio increased to 26.9 per cent.

Investcorp, which previously took luxury brands Gucci and Tiffany & Co public, said it proposed a dividend of $7.50 per ordinary share plus a 12 percent dividend on preference shares. In June, Investcorp signed up to a $504 million-equivalent loan designed to refinance debt due in 2013.

The company has closed fourteen private equity deals since the financial crisis in 2008, out of which five deals where closed through its Gulf Opportunity Fund in the Middle East and North Africa.

Last month it bought a 30 percent stake in Turkish menswear retailer Orka Group. Turkey’s organised luxury menswear market is estimated to be worth $7.4 billion, Investcorp said, adding that the investment would help Orka accelerate its growth in Turkey and expand to other global markets.

Investcorp invested $98 million in October 2008 in Redington Gulf. It also has stakes in gold and jewelry manufacturer L’azurde and a 20 per cent stake in Gulf Cryo, a manufacturer of industrial, medical and specialty gases.

In July Investcorp’s online portfolio unit Skrill bought Austrian firm paysafecard.com for up to 140 million euros ($172 million). Paysafecard provides prepaid electronic payment services; the acquisition was Investcorp’s fifth investment in Europe in the past six months. Investcorp in November last year acquired three real estate assets in the United States for $100 million, taking its total purchases in the country in 2011 to eight with a combined value of $300 million.