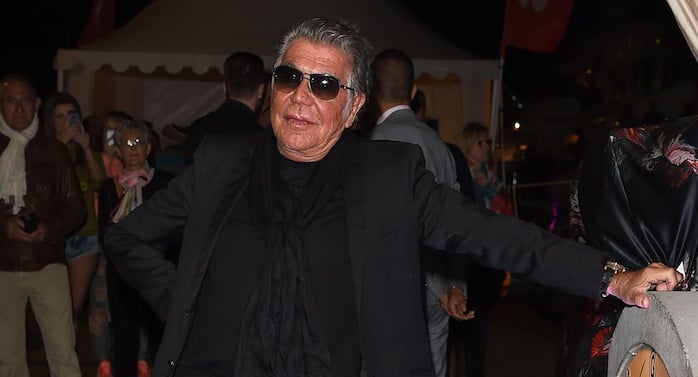 The 73-year-old Italian designer, known as “The Leopard King” for his animal prints colorfully cast in leather, silk and velvet, was hoping to receive a 450-million-euro ($612 million) offer from Investcorp by a June 30 deadline.

But the Bahrain-based private equity company, which owned Gucci in the past and was also a bidder for the 20 per cent stake in Versace, turned its back on the deal, said two sources close to the negotiations.

“The company lacks appeal and there is a discrepancy between the asking price and the cost of turning around the business,” said one of the sources, who declined to be named.

Price expectations for around 60 per cent of Cavalli were based on a multiple of 18 times earnings before interest, tax, depreciation and amortization (EBITDA) of 25 million euros.

Cavalli was hoping to become the latest Italian brand to attract foreign capital after Versace’s sale of a 20 per cent stake to U.S. private equity firm Blackstone for 210 million euros in February.

Italian suitmaker Pal Zileri was taken over by Qatari investment firm Mayhoola for Investments, which had also put money into Valentino in 2012.

Cavalli is well established in Russia and Eastern Europe, the Middle East and Latin America where local investors might take a chance on the Florentine maison, one of the sources said. “You can never discount interest from local tycoons.”

But the brand has yet to take off in China and other fast growing Asian markets where it has a weaker distribution network and has experienced a general lack of enthusiasm for its style.

Western conglomerates have so far refrained from negotiating a tie-up with the designer, partly because of his desire to stay involved with the business after the sale, the sources said.

They were skeptical Cavalli could become a target for the likes of LVMH, the world’s No.1 luxury group, and Kering, owner of Gucci.

Control of the company has increasingly concentrated in the hands of the mercurial designer since chief executive Gianluca Brozzetti and chief operating officer Carlo di Biagio both left their roles earlier this year.

Cavalli approached Investcorp in May after negotiations with London-based buyout firm Permira – which was prepared to pay more than 300 million euros to secure control – stalled over valuation disagreements, the sources said.

“Permira’s best bid would not even match Cavalli’s minimum threshold and the designer would not lower the bar,” said one of the sources.

“Investors have become wary of a company which has been on the market for years,” said one sector banker, who recalled a series of failed attempts to sell Cavalli to investment funds such as Clessidra in 2009.

One of Cavalli’s key licensing companies, Dressing SpA which last year renewed an agreement to design and distribute his Class collection until 2020, has been under financial strain in recent years.