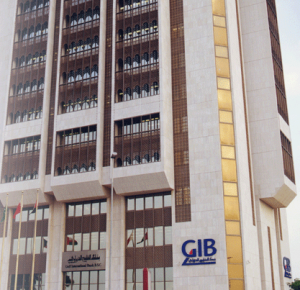 Bahrain-based wholesale lender Gulf International Bank has announced the securing of a conventional retail banking licence in the kingdom as part of its digital strategy.

Owned by the six GCC governments, with Saudi Arabia’s Public Investment Fund being the principal shareholder of 97.2 per cent, GIB provides financial products and investment services.

The 40-year-old bank, headquartered in Bahrain, launched its retail banking products and services under the brand name Meem in Saudi Arabia in 2015.

The granting of the licence will now allow GIB to expand its presence in Bahrain and also further expansion across the GCC, a statement said.

GIB, which had an asset base of BD9bn ($23.8bn) as of March 31, also has branches in the United States and the United Kingdom.

Following the granting of the new licence, Meem will begin operating as a digital banking platform in Bahrain in 2018, with online accounts, support and “ultramodern physical store locations” planned.

“Meem in Bahrain will be the first digital bank in the region,” said GIB CEO Abdulaziz Al-Helaissi.

“The favourable regulatory environment in the Kingdom of Bahrain facilitates the establishment of digital banking platforms.”

Khalid Al Rumaihi, CEO of the Bahrain Economic Development Board added: “The fintech industry has the potential to greatly influence how consumers and companies engage, and can positively disrupt economies in a way that allows for even further growth.

“However, in order to truly realise the potential, Bahrain has to have the right ecosystem in place. We look forward to seeing more banks grow their fintech activities.”

Other regional cities including Abu Dhabi and Dubai are also looking to become fintech start-up hubs through the launch of favourable legislation.