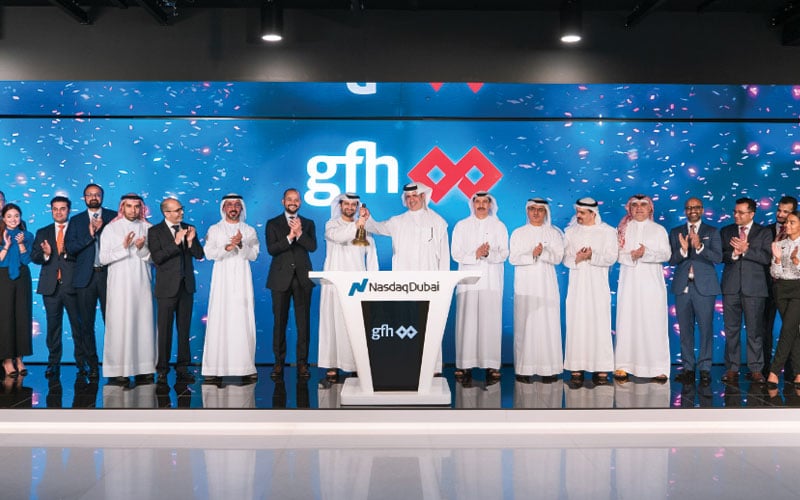 Bahrain’s GFH Financial Group, in a bid to raise capital to expand its operations, listed a $300m sukuk on Nasdaq Dubai on Sunday morning.

Jassim Alseddiqi, chairman of GFH Financial Group rang the market opening bell on Tuesday at Nasdaq Dubai to celebrate the listing of the five-year sukuk was oversubscribed 2.5 times with a total book size exceeding $750m.

Commenting on the listing, Alseddiqi said, “The overwhelming response received on our Sukuk issuance demonstrates the strong confidence investors have in GFH and its future potential. As we embark on the next phase of our growth, we remain committed to further strengthening our position as a leading regional and international financial group.”

Fund managers accounted for 61 per cent of the investors, while the remaining were financial institutions.

GFH was the first non-UAE company to be included in Nasdaq Dubai’s equity futures market in 2018. Following the listing of the group’s sukuk on the exchange, Essa Kazim, governor of DIFC, secretary general of Dubai Islamic Economy Development Centre and chairman of Dubai Financial Market, said, “This listing by GFH Financial Group, one of the region’s most prominent institutions, further strengthens the longstanding ties between the capital markets of Bahrain and Dubai. Dubai is committed to increasing its collaboration in Islamic finance with institutions across the GCC as the Emirate expands its role as one of the largest venues in the world for Sukuk listings.”

Dubai’s sukuk listings by value now totals $65.995bn, with UAE issuers account for 47 per cent of these by value and the remaining from issuers based in other countries.