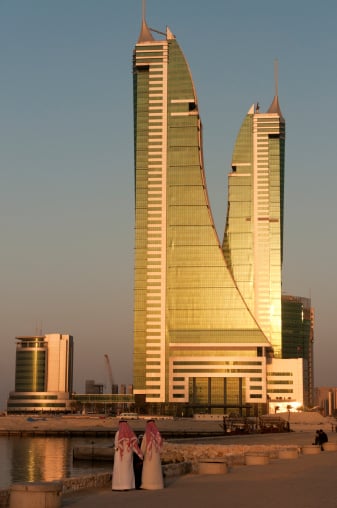 GFH Financial Group hopes to largely complete the acquisition of Bahrain’s Bank Al Khair in the first quarter of next year and is at an advanced stage of exploring a merger with another Bahraini bank, its chief executive said on Tuesday.

“The recent merger we announced was Bank Al Khair – we hope during the first quarter of 2017 to finish most of our acquisition,” Hisham al-Rayes told Reuters on the sidelines of a financial conference.

He did not name the second bank and said a memorandum of understanding for this merger had not been signed yet, but added: “The majority of owners are interested in merging with GFH and I expect this to happen also in the coming period.”

GFH, which is listed in Dubai’s stock market and is often the most heavily traded stock there, is an Islamic bank that was hit hard by the global financial crisis in 2008. It went through several debt restructurings but is now bulking up again by acquiring assets.

Rayes said Al Khair’s balance sheet size was $250m while it had liabilities of $200m. GFH is also increasing its size by recovering assets on which it has claims, he noted.

“With the merger and recoveries, we are creating a $1bn-plus bank in Bahrain,” he said.

Bahrain’s central bank has been encouraging smaller lenders to merge to strengthen themselves after a local real estate crash and fall-out from the island kingdom’s political unrest.

Rayes said in May that GFH planned to list its Bahraini subsidiary Khaleeji Commercial Bank on Dubai’s stock market, and he said on Tuesday that the listing was likely to take place soon.

“We are waiting for the final approval of the Central Bank of Bahrain. Once we have it, I expect during the first quarter the listing will take place.”

Among assets obtained by GFH this year are the British School of Bahrain, Rayes said.