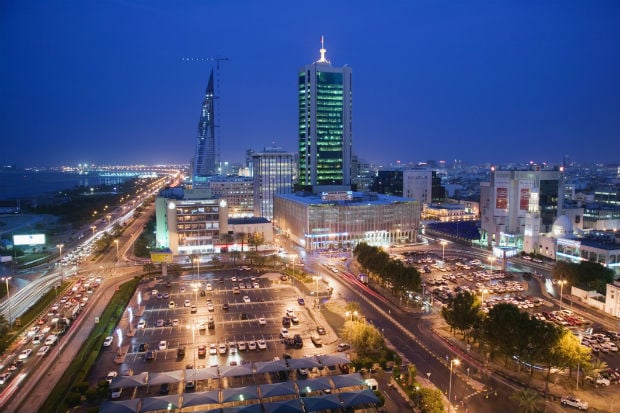 Bahrain’s economic output fell in the second quarter of this year after moderate growth in the previous three months, data showed on Sunday, as political unrest continued to weigh on the small oil producer.

Gross domestic product, adjusted for inflation, dropped 1.3 per cent quarter-on-quarter in April to June compared with 0.9 per cent growth in the previous quarter, the figures from the Central Informatics Organisation showed.

The quarterly decline is the first since a 6.6 per cent slump in the first three months of 2011, when the government crushed a pro-democracy protest movement led by majority Shi’ite Muslim citizens.

On an annual basis, real GDP expanded 4.3 per cent in the second quarter after a 5.9 per cent jump in January to March. The statistics office said these figures showed the economy had returned to a solid growth path after last year’s uprising, which temporarily forced banks and shops to close and triggered an outflow of funds.

“Bahrain’s balanced fiscal and monetary policy helped economic growth and fiscal stability, enabling the economy to face the challenges and local disturbances and foreign financial crises that remain,” it said.

“By containing the negative effects of the regrettable events of February 2011, interest has returned to the positive aspects of the local economy…The attention that was focused on the country in the past year has softened and things have returned to normal.”

However, continued political unrest in Bahrain, with almost daily clashes between young activists and riot police, still appears to be taking a toll on the economy.

Output in the hydrocarbon sector, which accounts for almost a third of Bahrain’s roughly $28 billion economy, fell 7.7 per cent quarter-on-quarter during April to June after a 13.9 per cent slide in the previous quarter, the data showed.

But other sectors directly dependent on investor confidence also slowed. Financial corporations’ output decreased 1.2 per cent, worse than a 0.4 per cent fall in the first quarter.

The construction sector shrank 0.7 per cent quarter-on-quarter after a 10.2 per cent jump in January to March. “Real growth was expected to be strong in the second quarter of 2012,” noted Monica Malik, chief economist at investment bank EFG-Hermes in Dubai.

“We do see the overall economic activity improving with increased investment and government spending, although we expect the rate to slow in the second half of 2012.”

In announcing the data on Sunday, the statistics office made large revisions to GDP figures for last year; for example, the 6.6 per cent drop in the first quarter of 2011 was previously recorded as a fall of just 1.7 per cent.

The revisions put Bahrain’s GDP growth for all of 2011 at 1.9 per cent, down from the previously announced 2.2 per cent, according to a Reuters calculation based on the official data. Statistics officials were not available to explain the changes.

Heavy government spending has helped to offset weaker private sector confidence since the uprising. The government plans to spend a record $9.8 billion in 2012 after boosting its original plan by nearly 19 per cent last September.