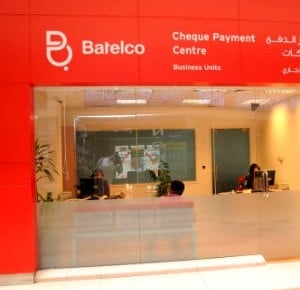 Bahrain Telecommunications Co is in talks with Cable & Wireless Communications to buy its assets in Monaco and a host of island nations, a deal potentially worth around $1 billion, three banking and industry sources said.

Batelco, whose move to buy a stake in Zain Saudi collapsed last year, is circling the Monaco & Islands portfolio of CWC, the British telecoms group operating in the Caribbean and formed through a demerger of Cable & Wireless in 2010.

Talks between both the parties are ongoing and a deal is not imminent, the sources said on Monday, speaking on condition of anonymity as the matter is not public.

Batelco and CWC confirmed the talks in separate statements, saying there was no guarantee a deal would be reached.

CWC shares were up 4.5 per cent in late trading.

BNP Paribas and Citigroup are advising Batelco on the transaction, while J.P. Morgan Chase is advising the seller, two of the banking sources said.

Citi is leading financing efforts for the transaction, according to one banker.

“Batelco has been keen to do a deal for a while now to address falling home revenue. A potential deal to buy CWC assets should give them presence in markets they are not in currently,” one the sources said.

Monaco & Islands operates in 12 markets, including the Maldives, Seychelles and Falkland Islands, and offers fixed-line, mobile, broadband and television services. Its brands include Monaco Telecom, Dhiraagu in the Maldives, and Sure in Britain’s Channel Islands and Isle of Man.

Monaco Telecom also holds a 36.8 per cent stake in Roshan, a mobile phone operator in Afghanistan.

The CWC unit generated $586 million revenue in the group’s 2011/12 year when it had earnings before interest, dividend, tax and amortisation of $186 million, according to its website.

Batelco aims to make at least one acquisition in 2012 to offset falling domestic revenue, its chief executive told Reuters in April.

It had cash and bank balances of $286 million, according to its 2011 annual report, and could leverage its balance sheet to $1 billion or more for acquisitions, the CEO said.

The company teamed up with Saudi group Kingdom Holding to buy a 25 per cent stake in Zain Saudi last year but the deal failed due to disagreements with the indebted Saudi telco’s banks.

CWC, which had to cope with a faster-than-expected shift from voice services data, halved its dividend in May and said it was not seeing consistent recovery in the Caribbean.

Its shares have risen 30 per cent in the past three months, narrowing year-to-date losses to 4.3 per cent.

CWW, which split from CWC two years ago, provides voice, data and hosting services to British government departments and companies while its cables span the globe.