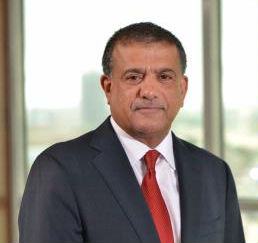 Bahrain-based Bank Alkhair has appointed Khalil Nooruddin as its managing director and chief executive officer, as the Islamic bank seeks to return to the black after posting a loss in the first half of this year.

Nooruddin joins Bank Alkhair from Capital Knowledge, a financial and training institute in Bahrain, and has 35 years of banking experience in the Gulf which includes positions with Investcorp, UBS and Chase Manhattan Bank, Bank Alkhair said on Tuesday.

The bank, which has subsidiaries in Saudi Arabia, Malaysia and Turkey, has undergone a revamp of its operations to focus on its core markets. It exited its U.S. operations last year.

“Bank Alkhair took concrete measures over the past year to safeguard its financial position, including streamlining its operations in Bahrain and Turkey and enhancing the Group’s corporate governance and risk management functions,” Yousef Al-Shelash, the group’s chairman, said in a statement.

Also in June, a former chief executive and founder of Bank Alkhair, Majid Al-Refai, was sentenced by a Bahrain court in absentia to four years in jail for embezzlement and squandering the bank’s funds. Refai denied all charges.

The bank was previously known as Unicorn Investment Bank; it changed its name last year after taking steps to strengthen its governance framework.