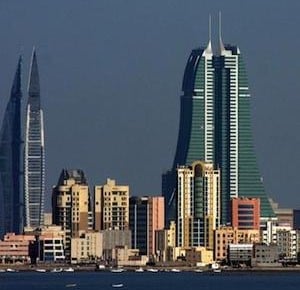 Three Bahraini Islamic banks have completed their merging into a single entity, a statement from the transaction adviser said on Monday, marking a rare successful consolidation in the Gulf Arab banking sector.

The joining of Capivest, Elaf Bank and Capital Management House concludes more than a year of negotiations between the lenders and the authorities, Kuwait Finance House’s Bahraini arm said in the statement.

Shareholders had given their approval to the tie-up at the end of June.

The combined institution will have total assets worth over $400 million and total equity of around $340 million. By comparison, Ahli United Bank, Bahrain’s largest bank, had total assets of $29.6 billion at the end of June.

While small in nature, the merger is a rare example of a successful consolidation of Gulf Arab banks.

Although the commercial rationale for consolidation is largely accepted, Gulf bank mergers are uncommon because main shareholders, often powerful local families, are reluctant to cede control and can demand exaggerated valuations.

Bahrain Islamic Bank and Al Salam Bank said in February 2012 that merger talks between the two to form Bahrain’s biggest Islamic bank by assets had collapsed because of disagreement on pricing.

If the tie-up had been completed, the combined entity would have held assets worth about $4.5 billion.

Also advising on the three-way merger were Deloitte and law firms Trowers & Hamlins and Elham Ali Hassan and Associates.