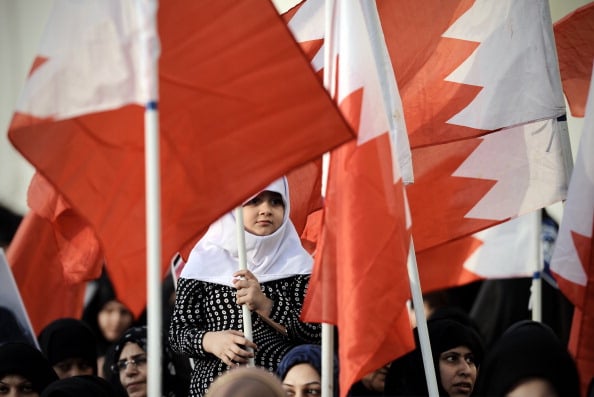 When Bahrain announced plans last December to cut fuel subsidies, it was a rare step towards economic reform in a region where lavish cradle-to-grave welfare systems are the norm.

The National Oil and Gas Authority said it would gradually raise the domestic selling price for diesel fuel, almost doubling it by 2017. But the plan soon got bogged down in domestic politics.

Some members of parliament boycotted their weekly meeting to protest the price hikes. Prime Minister Sheikh Khalifa bin Salman al-Khalifa visited parliament to say the plan should be reviewed. Six months later, it is not clear if it will go ahead.

The subsidies saga underlines the obstacles facing Bahrain as it seeks to move on from the events of 2011, when the country’s Sunni rulers put tanks on the streets to quell Shi’ite-led pro-democracy protests.

The tiny Gulf state is now struggling to remain a major regional business centre in the face of continuing domestic political unrest and tough competition from wealthier rivals such as Dubai and Qatar.

Growth in its financial industry remains sluggish, while the unrest hinders Bahrain’s efforts to market itself as a logistics and tourism hub. The government wants to reform its finances, freeing up money to spend on developing the economy, but it will risk more dissent if it cuts back generous welfare payments.

“Even though the subsidy plan is for diesel and not gasoline that’s used in cars, it’s not something that will be accepted by the public, and that’s something the government doesn’t want to deal with,” Jamal Fakhroo, deputy chairman of the Shura Council, a consultative body for the government, told Reuters.

“People in the region in general are used to having a government that takes care of them. Now in Bahrain people are not paying their electricity bills because they expect the king to pardon them.”

By some measures, Bahrain’s economy has recovered well since the protests in early 2011.

Gross domestic product grew 5.3 per cent in 2013, its fastest since 2008 and comparable to other states in the six-member Gulf Cooperation Council. That was up from 3.4 per cent in 2012.

But inside Manama, the skyscrapers of the financial district are undisturbed, while luxury hotels host Saudis who cross the King Fahd Causeway to enjoy Bahrain’s malls, restaurants and more liberal nightlife.

Although some foreign financial firms have moved some staff to Dubai, Bahrain has fought successfully to prevent a mass pull-out of foreign companies. It still extends licences to over 400 banks and financial institutions, roughly the same number as before the unrest, and continues to attract some new arrivals.

Officials say the past three years have shown Bahrain can compete with Dubai and Qatar, partly by marketing itself as a relatively low-cost alternative with a skilled local workforce as the other centres’ booms make them more expensive.

“We welcome competition – it forces you to improve and raises standards. The faster the GCC economy as a whole grows, the better it is for us,” said Kamal bin Ahmed, minister of transportation and head of the Economic Development Board (EDB).

Privately, local businessmen say they were cheered by the appointment in March 2013 of Crown Prince Salman bin Hamad al-Khalifa as first deputy prime minister. He is seen as business-friendly but lost influence to hardline members of the ruling Khalifa family after the uprising; now he appears to be reasserting his authority over institutions such as the EDB.

A look at the sources of Bahrain’s growth reveals a less promising picture, however. Most growth is coming from the oil industry, which is vulnerable to swings in global prices. Bahrain has less ample oil reserves than its rich neighbours – its proven reserves could run out in a decade or so at current rates of production, according to U.S. government estimates.

The resources sector, which consists almost entirely of oil and provides over a fifth of GDP, led growth in the fourth quarter of 2013, expanding 14.6 per cent from a year ago.

Construction and financial services each edged up just 1.5 per cent – a contrast to Bahrain’s much more diversified development in the decade before its unrest, and the current rapid growth across a wide range of sectors in Dubai and Qatar.

While Bahrain’s financial industry continues to operate, it is far from the dynamism of Dubai. Outstanding investments in Bahraini mutual funds, one indicator of investor confidence, have dropped nearly 24 per cent since February 2011, to $6.9 billion at the end of 2013, the lowest since the end of 2005.

Bahrain looks set to avoid any economic crisis indefinitely because of support from neighbouring Saudi Arabia, whose Sunni rulers have a geopolitical interest in supporting the country.

In the wake of the 2011 uprising, Saudi Arabia, the United Arab Emirates and Kuwait pledged $10 billion of aid to Manama. This gesture encouraged Gulf companies and individuals to continue viewing Bahrain as a safe, convenient business centre.

Last year, Manama relied on output from the Abu Safa oilfield which it shares with Saudi Arabia for some 71 per cent of its state budget revenue, up from 67 per cent in 2012. Analysts believe Riyadh could raise Bahrain’s share of the oil if Manama runs into fiscal trouble.

But survival as an economic satellite of Saudi Arabia is a far cry from the glittering future as a top regional commercial hub that seemed possible for Bahrain before the unrest began.

If oil prices fall in coming years, as some analysts expect, Bahrain may be unable to invest in its long-term economic future while also spending heavily on social welfare to limit social discontent. The latest state budget data hints at this dilemma.

The deficit nearly doubled to BD410 million ($1.1 billion) or 3.3 per cent of GDP in 2013. Recurring expenditure on areas such as staff costs and services rose 14 per cent to BD2.9 billion, while spending on development projects plunged 35 per cent to BD477 million.

In an April report, the International Monetary Fund said government debt was likely to rise to a record high of nearly 68 per cent of GDP in 2019 from 44 per cent in 2013, adding that Bahrain urgently needed to reform its economy to stop its debt burden from becoming unsustainable.

With talks between the government and opposition on ending the unrest deadlocked, it is not clear that Bahrain can find the political will to revamp its tax and subsidy systems.

“It is dangerous to continue with the current state debt. The economy is still a hostage to changes in the oil market and state revenue depends largely on oil,” said Jassim Hussein, an economist and member of leading opposition party Wefaq.

“You can’t solve the economic problems when you have an ongoing political crisis.”