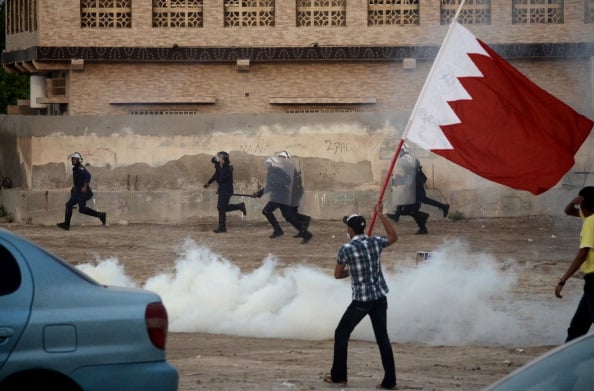 A court in Bahrain sentenced 14 men to life imprisonment for the killing of a policeman last year, state news agency BNA and a lawyer said.

The 14 were convicted of premeditated murder and intent to use violence against members of the security forces.

“One of them planted an explosive device and prepared it for detonation,” the state news agency said on Wednesday.

“They and others participated in group rioting in a public place with the purpose of committing crimes … and they used violence to achieve that end … and all of this was committed for terrorism purposes,” BNA said.

Attacks on security forces have been on the rise in the Gulf Arab country, which hosts the U.S. Fifth Fleet, more than three years after authorities quelled Shi’ite Muslim-led protests against the Sunni-led government.

The authorities, backed by troops sent from Saudi Arabia, put down demonstrations during the “Arab Spring” revolts that swept the region three years ago, and low level violence is still common. Reconciliation talks between the main Shi’ite opposition groups and the government are largely stalled.

Bahraini Shi’ites, who make up the majority of the population, complain of political and economic marginalisation, an accusation the government denies.

Under criticism from human rights groups, the government invited an independent inquiry to examine its handling of the protests in 2011. Its report said the authorities had used widespread and excessive force, including torture to extract confessions.

Bahrain says it has taken steps to address the problems by dismissing those responsible and introducing cameras at police stations.

Bahrain has been caught up in a region-wide tussle for influence between Sunni Saudi Arabia and Shi’ite Iran, and authorities have blamed Shi’ite groups for carrying out attacks and accused them of having links to Iran. Tehran denies this.