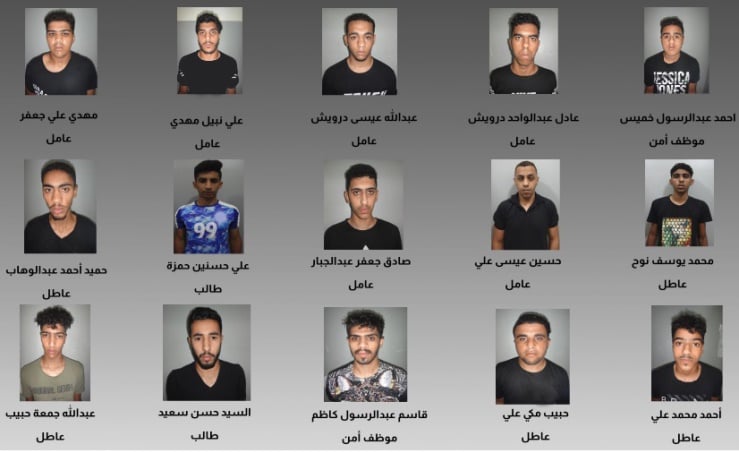 Bahrain’s director general of criminal investigations on Tuesday announced the arrest of 15 people for causing “chaos” during recent Ashura commemorations.

The group were financed by the Iranian Revolutionary Guards “through terrorists living as fugitives in Iran, mainly members of the February 14 group”, Bahrain News Agency reported.

They were described as “indulging in abusive activities” during the September 20-21 holiday in Malkiya, a coastal village located southwest of Bahrain.

February 14 marked the first day of Arab Spring protests that hit the island kingdom in 2011.

The name was adopted by the February 14 Youth Coalition, which was designated a terrorist organisation by Bahrain, Saudi Arabia, the UAE and Egypt in 2017, to organise further protests.

Those arrested on Tuesday included a mixture of students, workers, security guards and unemployed people.

“The investigation had also shown the gang of vandals was being directed by a person who had been arrested in a terrorism case in February 2018,” BNA reported.

“Legal action has been taken in the case and those arrested have been referred to the Public Prosecutor.”

Authorities warned that any activities that “disturbed civil peace and harmed the social harmony” would be handled in accordance with the law.

Ashura is an important event on the Islamic calendar for Shia Muslims, which make up a significant portion of Bahrain’s population, as it marks the climax of the “Mourning of Muharram”.

The event is the anniversary of the Battle of Karbala that saw the Prophet Muhammad’s grandson and his family members martyred.