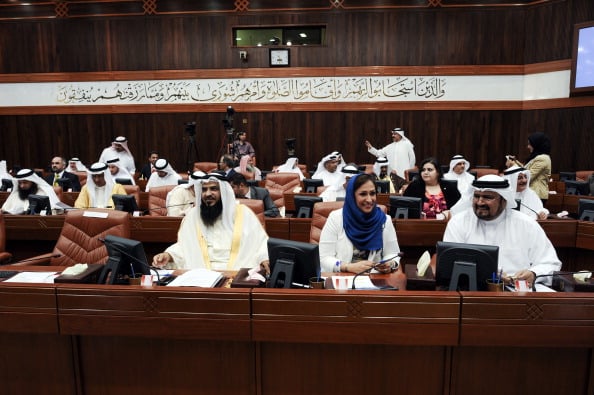 Bahrain ordered tougher penalties for what it called terrorist acts on Sunday ahead of planned anti-government protests next month.

Bahrain’s lawmakers agreed at an extraordinary session on Sunday to proposals including stripping those who commit or call for ‘terrorism crimes’ of their nationality and preventing any protests from taking place in the capital Manama, the state news agency BNA said.

King Hamad ordered authorities to put the recommendations into effect as soon as possible “through the available constitutional and legal channels”, BNA said.

U.S.-allied Bahrain was rocked by protests in 2011 by the country’s majority Shi’ite Muslims, calling for more freedoms in the Kingdom ruled by the minority Sunni al-Khalifa family.

The government, backed by Saudi Arabia, quickly crushed the protests but near daily clashes still take place between security forces and protesters.

The clashes have escalated in recent weeks, culminating with attacks on a Bahraini lawmaker’s house and on a mosque in a district where many members of Bahrain’s royal family live.

Inspired by the “Tamarrod” (Rebel!) protests in Egypt which led to the military overthrow of Islamist President Mohamed Mursi earlier this month, a protest movement in Bahrain has called for demonstrations against the government on August 14.

The Bahraini government has warned against the planned Aug. 14 protests, saying anyone participating in them would face the “force of the law”.

Sunday’s recommendations call for a general “toughening of sentences on all violent and terrorist crimes in all shapes and forms”, but do not elaborate.

Khalil al-Marzouq, an official with the largest opposition group Wefaq, told Reuters the lawmakers’ recommendations were “outside the constitutional framework”.

“What parliament issued (shows) that authorities want to have popular cover in order to issue its decrees,” Marzouq told Reuters.

The sectarian makeup of Bahrain is a sensitive issue in the small country, which is home to the U.S. Navy Fifth Fleet. While many Bahrainis disagree on the number, about 60 per cent of Bahrainis are Shi’ite, while 40 per cent are Sunni.

Many of Bahrain’s Shi’ites complain of discrimination in jobs and have been calling for a constitutional monarchy.

Under criticism from human rights groups, the government invited a commission to examine its handling of the trouble. Its report in November 2011 said the authorities had used widespread and excessive force, including torture, to extract confessions.

The Bahrain government says it has taken steps to address the brutality of security forces by dismissing those responsible and introducing cameras at police stations to monitor abuses.

However activists say many abuses continue.