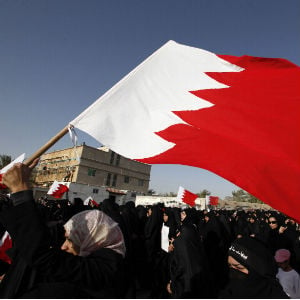 A senior member of Bahrain’s Shi’ite opposition was cleared of terrorism charges on Wednesday, one of his defence lawyers said, a move that could help troubled talks with the government to end months of sporadic unrest.

Khalil al-Marzouq, deputy leader of the al-Wefaq party, was one of a number of opposition figures and activists detained since majority Shi’ites began protests in 2011 to demand political reform and a greater role in running the country.

Defence lawyer Galila al-Sayed said a court had acquitted Marzouq on charges of inciting terrorism in a number of speeches and had removed a travel ban on him.

Al Wefaq, which says it advocates non-violent activism, boycotted reconciliation talks with the Sunni-led government after Marzouq’s arrest in September.

Bahrain’s crown prince pulled the talks back from the brink in January by organising a meeting with al-Wefaq’s leader Sheikh Ali Salman.

Protests and clashes continue in the island Kingdom that hosts the U.S. Navy’s Fifth Fleet and is seen in the West as a key regional ally.

Bahrain passed strict laws against what it called acts of terrorism in 2013, setting tougher penalties including longer prison terms and the stripping of Bahraini nationality.