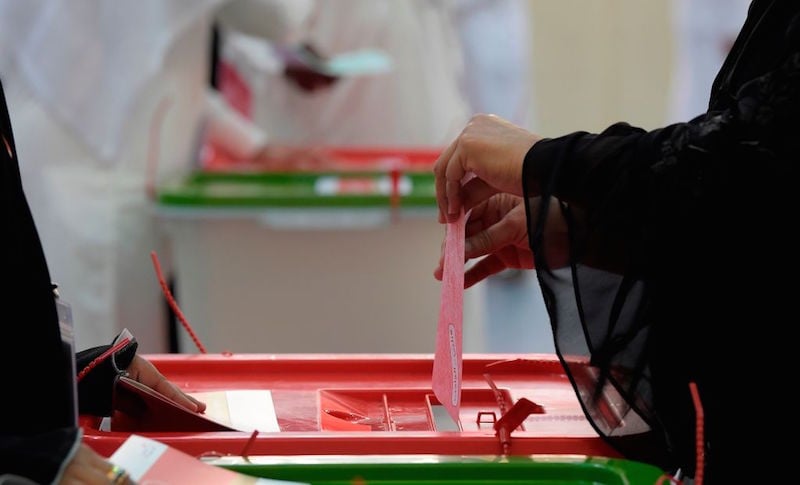 Bahrainis voted on Saturday in a parliamentary election from which opposition groups have been barred, amid a crackdown on dissent in the small Sunni-led, Western-allied kingdom.

Activists had called for a boycott of the vote, describing it as a “farce”. The government said the election is “democratic” and put voter turnout at 67 per cent.

The government said 506 candidates were running in the election, including 137 for local city councils and the highest number of female candidates.

The kingdom’s Justice Minister Sheikh Khalid bin Ali Al Khalifa said voter turnout was 67 per cent, more than in 2014 when opposition groups boycotted the elections. He did not say when the results would be announced.

Only 23, out of 40 incumbents of the House of Representatives, are seeking re-election this year to parliament, which has limited powers.

Earlier, the kingdom’s interior ministry called on Bahrainis to disregard rumours and seek “trusted sources” for information. “Text messages saying your name has been removed and calling on you not to vote are false,” the ministry said in a Twitter post.

The ministry accused Iran of sending the messages saying it was “the source of 40,000 e-messages to disturb the parliamentary and municipal elections.”

Tehran could not be immediately reached for a comment.

Many of Bahrain’s Shi’ites say they are deprived of jobs and government services and treated as second class citizens in the country of 1.5 million.

The authorities deny the allegations and accuse Iran of fostering unrest that has seen demonstrators clash with security forces, who have been targeted by several bomb attacks. Tehran denies the allegations.

“No-one is barred from expressing their political views,” said a government spokeswomen. “Bahrain is home to 16 political societies, the majority of which have put forward candidates for the upcoming elections, and the government fully supports open and inclusive political dialogue.”