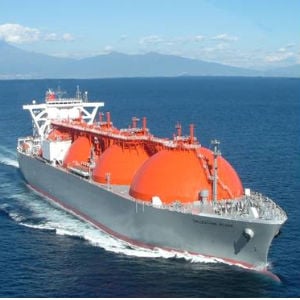 Bahrain is in talks to import an average of 400 million cubic feet per day (cfd) gas from Russia’s Gazprom through a liquefied natural gas (LNG) terminal expected to open by 2015, the kingdom’s energy minister told Reuters on Tuesday.

Bahrain plans to initially import the equivalent of around 3 million tonnes a year of LNG but may buy more to meet soaring demand for energy in the small Gulf country.

“Originally we would start off with say 400 million cfd of gas and that could be slowly ramped up,” Abdul Hussein bin Ali Mirza said, adding the country was in talks with Gazprom about delivering it.

Analysts say some of the LNG could come from as far away as north east Russia but that Gazprom’s growing LNG trading arm could source the fuel from anywhere.

“Gas talks with Qatar have been postponed at the request of the Qatari authorities since 2006, since, a moratorium was imposed on future gas developments,” said Mirza.

Qatar is the world’s largest LNG producer with a capacity to produce 77 million tonnes of liquefied gas a year.