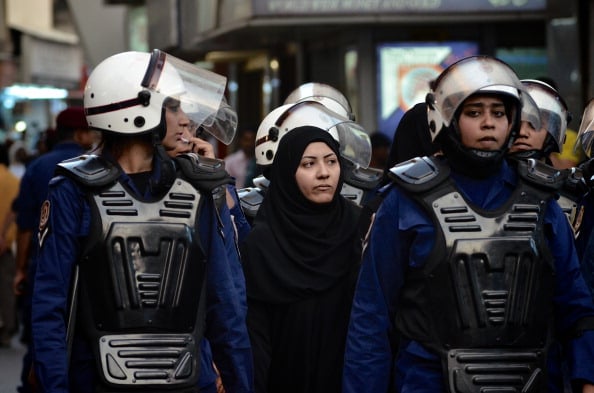 At least 40 Bahraini prisoners were hurt on Friday when security forces used batons, tear gas, pepper spray and stun grenades against inmates protesting over their conditions, an activist said.

The Interior Ministry said security forces had restored order after a number of detainees rioted.

“They tried to break the doors, the police interfered and restored order,” a tweet by the ministry said.

Sayed al Muhafada of the Bahrain Centre for Human Rights said he had received a call from inside the prison telling him that around 100 prisoners, most held for terrorism offences, were protesting over being deprived of family visits and other grievances.

The small Gulf Arab state and Western ally, which hosts the U.S. Fifth Fleet, has been buffeted by bouts of unrest since February 2011 when an uprising led by members of the Shi’ite majority demanded the Sunni al-Khalifa dynasty give up power.

The authorities crushed the revolt but protests and clashes have persisted despite continuing talks between government and opposition, leaving Bahrain on the front line of a tussle for regional influence between Shi’ite Iran and Sunni Saudi Arabia.