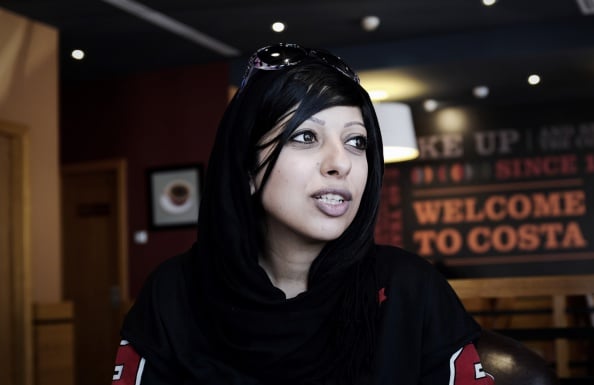 A Bahraini court sentenced pro-democracy activist Zainab al-Khawaja to 16 months in jail on Tuesday for insulting a government employee and damaging public property, her lawyer said.

Khawaja had already been sentenced to three years in jail and fined 3,000 dinars ($7,960) on Dec. 4 for insulting King Hamad by tearing up his photograph.

She was free on bail and that sentence was suspended pending an appeal. However Tuesday’s verdict was effective immediately.

Bahrain, home to the U.S. Fifth Fleet, has been in turmoil for three years since mass protests that were inspired by the 2011 Arab Spring uprisings, and led by Shi’ite Muslims.

Khawaja has become known for publishing news of the demonstrations on social media.

“(Zainab got) one year in jail for insulting a government employee and four months for two cases of damaging public property,” said her lawyer Mohammed al-Wasati, who added that those cases dated back to 2012.

“With the new verdict, Zainab can be taken to jail at any time,” he said. Khawaja did not attend Tuesday’s session.

Khawaja, who recently gave birth, is the daughter of jailed activist Abdulhadi al-Khawaja and her younger sister, Maryam, the acting head of the Bahrain Centre for Human Rights, was jailed in absentia on Dec. 1 for assaulting two policewomen.

Shi’ites in Bahrain complain of political and economic marginalisation, a charge the government denies. Talks between the government and opposition have failed to defuse tensions.