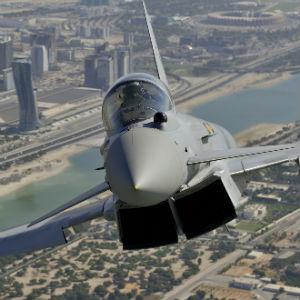 BAE Systems is close to sealing a 500 million ($808 million) deal to sell up to 30 Hawk trainer aircraft to Saudi Arabia, the Sunday Times reported.

The sale would provide some welcome relief for the defence giant, which is battling against shrinking defence budgets in Europe and America.

Saudi Arabia has ordered 72 Eurofighter Typhoon jets from BAE and needs the Hawks to train its pilots.

The order is expected to be finalised within the next few months but it is likely to come too late to save the 845 jobs at BAE’s Hawk factory in Brough, Yorkshire, which is set to close.

BAE is Britain’s biggest manufacturing company, with 100,000 employees around the globe. It is building two aircraft carriers for the Royal Navy and is a key partner on the Joint Strike Fighter, the world’s biggest military aircraft programme.