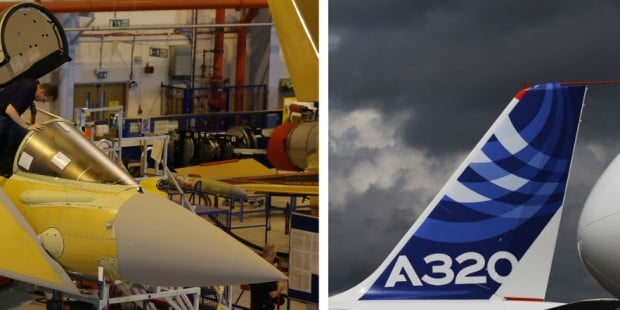 British defence firm BAE Systems and its European counterpart EADS announced that they have cancelled their £28 billion ($44.8 billion) planned merger because of “conflicting” political interests. The news comes even as the British, French and German governments failed to reach an understanding over their stakes in the new entity.

“It has become clear that the interests of the parties’ government stakeholders cannot be adequately reconciled with each other or with the objectives that BAE Systems and EADS established for the merger,” the companies said in a joint statement.

Hence they “decided to terminate their discussions,” the statement said.

“The merger would have produced a combined business that would have been a technology leader and a greater force for competition and growth across both the commercial aerospace and defence sectors,” the two company heads said.

“We are obviously disappointed that we were unable to reach an acceptable agreement with our various government stakeholders,” said BAE CEO Ian King.

Tom Enders, the CEO of EADS added: “It is, of course, a pity we didn’t succeed but I’m glad we tried.”

The announcement came ahead of a regulatory deadline that requires the companies to close the deal on Wednesday.

The proposed merger was expected to create a European aerospace and defence giant that would have overtaken US-based Boeing.