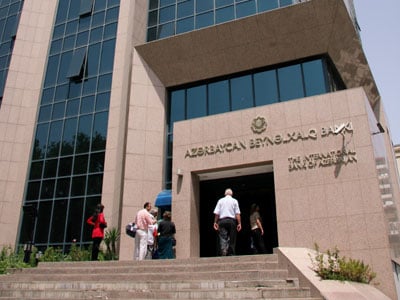 Azerbaijan’s largest lender, International Bank of Azerbaijan, plans to have an Islamic banking subsidiary in Qatar by the end of this year as it develops its regional Islamic finance capabilities, a senior executive said.

IBA, 50.2 per cent owned by Azerbaijan’s Ministry of Finance, would then start operating in Qatar in the first quarter of 2013, Behnam Gurbanzada, IBA’s director of Islamic banking, said in an interview this week.

Gurbanzada said IBA would partner with a local firm for the venture but he declined to name the partner pending final regulatory approval. IBA plans to offer a full range of Islamic banking services in Qatar including arranging deals, extending credit facilities, and custody and advisory services.

It would be the bank’s second foray into the Gulf, after it set up a representative office in Dubai in 2008, and only its third overseas subsidiary after Russia and Georgia.

Formed in 1992, IBA offers conventional banking services but is not new to Islamic finance – it has collaborated with the Islamic Corporation for the Development of the Private Sector, a Jeddah-based multilateral financial institution, since 2004. In 2010 it signed a $30 million financing deal with the International Islamic Trade Finance Corporation.

Efforts to expand Islamic finance services in Azerbaijan, however, have been slowed by regulatory ambivalence towards the sector – an experience similar to other former Soviet territories such as Kazakhstan.

The bank previously said it received approval from Qatar regulators in 2009 to launch operations there, but IBA has since focused on building its domestic capabilities in Azerbaijan, where an estimated 93 per cent of the population of nine million are Muslim.

With a 40 per cent share of banking assets in Azerbaijan, IBA has focused its Islamic services on small and medium-sized enterprises. It delivers those services through an Islamic window, which allows it to segregate Sharia-compliant assets from its conventional operations.

Earlier this month, IBA said it saw an increase in assets of 2.6 per cent from six months earlier, to 5.1 billion manat ($6.5 billion).

Gurbanzada said that IBA’s plans in Qatar and neighbouring countries would depend on the successful development of Islamic banking in its domestic market.

“We are planning to create a common chain of IBA subsidiaries and representative offices and present Islamic banking along with general services and products,” he said.

“If we are successful then we can set up an Islamic investment and development bank of CIS (Commonwealth of Independent States) countries.”