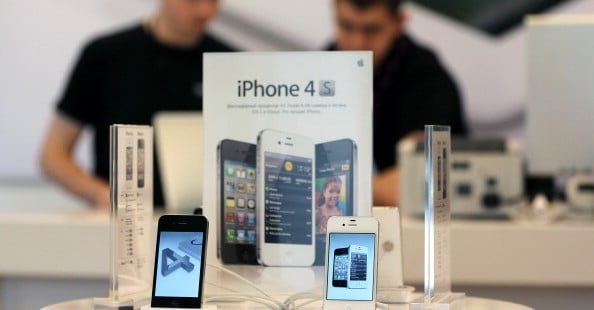 While the countdown has begun for Apple’s possible launch of the iPhone 5, retailers in the UAE have advised eager loyalists not to buy the product from the grey market.

“The official launch in the UAE we anticipate should be within a few months but grey stocks may start coming in smaller lots within a few days of the launch in other markets,” said Ashish Panjabi, COO of Jacky’s.

“The pricing may be expensive initially which is why we’re recommending that if you can wait, then please do as we hope the prices should stabilise within a few weeks of launch.

No official price has been set for the new device in the UAE as of yet, but the current Apple iPhone 4S model retails for AED2,599.

“The ideal situation is to wait for the official launch to happen in the UAE as we’ve seen in the case of the iPhone 4S launch, both Du and Etisalat were cheaper than the prevailing grey market prices at the time,” he added.

According to Panjabi, the new iPhone is expected to have a huge launch in Dubai because of the rumours floating around about the change in the design.

“The UAE has been an important launch market for most smartphone vendors and in the last year we’ve seen Samsung do their global launch of the Galaxy SIII in the UAE and BlackBerry launch their Porsche smartphone here for the first time as well.

“Apple probably wont do any product launches in the UAE for some time still, but there is definitely pent up demand for new launches such as the new iPhone,” he added.