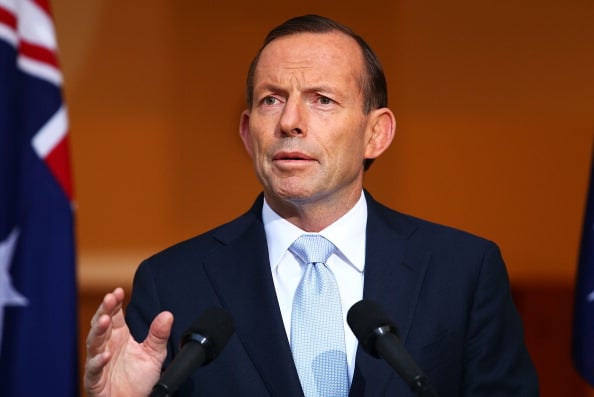 Australia will deploy military forces and aircraft to a global coalition in fighting Islamic State militants, responding to a request from the United States to become involved militarily in the conflict in Iraq and Syria.

A 600-strong force comprising some 400 airforce personnel and 200 special forces soldiers will be deployed to the United Arab Emirates and be based at a U.S. headquarters, Prime Minister Tony Abbott said on Sunday.

Eight super hornet fighter jets, an early warning and control aircraft and an aerial refuelling aircraft will be prepared and deployed in coming days, he said.

Abbott said the deployment was a “prudent and proportionate” contribution to the coalition and that his government had not yet made the decision to commit troops to combat action.

The deployment is the next step in Australia’s involvement in trying to halt the advance of the militants after it last month joined in a multinational relief effort, dropping military equipment and aid to Kurdish forces fighting Islamic State militants in northern Iraq.

It also follows a move by the government on Friday to raise the domestic terror alert to ‘high’ for the first time, citing the likelihood of terrorist attacks by Australian citizens radicalised in Iraq or Syria.

As part of the deployment, a task group will be prepared to act as military advisers that could assist Iraqi and other security forces fighting the militants, Abbott said in a statement.

Abbott said “there are obviously further decisions to be taken” before Australian forces commit to combat action.

“I have to warn the Australian people that should this preparation and deployment extend into combat operations, that this could go on for quite some time,” Abbott told reporters in the northern city of Darwin.