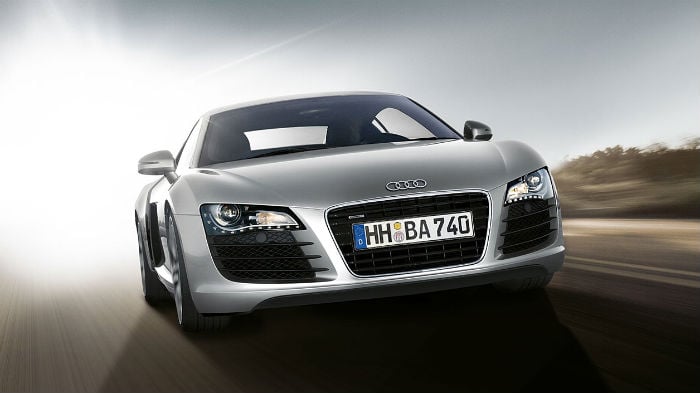 German luxury car maker Audi plans to double its Middle East sales to at least 20,000 vehicles a year by 2020, helped by investment in showrooms and service centres, its local chief said.

“It is the minimum target. You have to have buildings, you have to have capacity,” Trevor Hill, managing director of Audi Middle East, told Reuters on Monday following a presentation on its 2012 sales in Dubai’s Burj Al Arab hotel.

“Already those investments have been signed off, most of them have been made already … So half the battle is already won (in) creating capacity and now we have to work in terms of volume improvement and in terms of quality,” he said.

Together with its local partners, Audi has seven major construction projects on the way, including showrooms and after-sales service facilities in the UAE, Oman and Qatar. The brand needs to double its workshop capacity in the region, Hill said.

Globally Audi plans to boost deliveries to more than two million cars and sport-utility vehicles by 2020, as it aims to snatch leadership of the luxury car market from BMW.

The Volkswagen division expects sales in the premium segment sales to surge by between 12 and 15 per cent in the Middle East this year, while the overall passenger car market could see a rise of six to eight per cent from an estimated 1.1 to 1.2 million vehicles sold in 2012, Hill told Reuters.

Unrest in the Arab world since early 2011 may have helped to boost Audi’s sales in the UAE, its top market in the region, as the country benefited from its safe-haven status, drawing in businesses and expatriates.

“Dubai is growing quite rapidly so that will create a lot more opportunities for us to sell. There is a lot of wealthy people living in Dubai right now,” Hill said.

The UAE made up 41 per cent of Audi’s total sales in the region, with 3,819 units sold in 2012, up 21.7 per cent. Saudi Arabia, the Gulf’s biggest market for volume rather than premium passenger cars, followed with a 26 per cent jump.

Audi, which has suspended operations in civil war-torn Syria, did not see sales being hit in neighbouring Lebanon, and in Jordan, which has also seen social unrest.

“We have not seen that much slowdown in Lebanon. Lebanon is hitting the targets, Jordan is hitting its targets, so there are no real spillovers for us in those markets,” Hill said. “I think it (sales) will keep growing (this year).”

On Sunday, U.S.-based Ford Motor Co, which has a 7.5 per cent market share in the Middle East, reported record sales of over 75,000 vehicles in the region for its Ford and Lincoln brands in 2012, a 10 per cent rise. It saw sales soar 55 per cent in the UAE, while Saudi Arabia and Lebanon were stable.

That is still behind Japan’s Toyota Motor Corp, which has a dominant share across the region and reported a 30 per cent jump in sales to 650,000 units in 2012, local media reported.