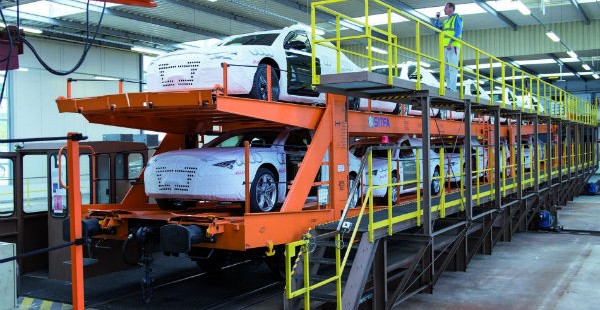 The German automobile brand Audi has reported a 20 per cent increase in car sales and a 40.8 per cent surge in approved pre-owned car sales across the Middle East markets during the first half of 2013.

Around 5,130 vehicles were delivered to customers in the first six months of 2013 compared to 4,274 deliveries made in 2012 across the GCC and the Levant region. The UAE is the strongest single market for Audi with a sales record of 2,210 vehicles in the first half, representing a growth of 27.2 per cent.

Al Nabooda Automobiles, Audi’s official dealer for Dubai and the Northern Emirates, translated its investment in the world’s largest Audi terminal into the highest sales volume by a single dealer across the region with 1,339 units and 34.8 per cent growth.

According to a Reuters report last month, Middle East Automotive Council (MEAC) projected that the car sales in the UAE will rebound this year to exceed pre-crisis levels.

Saudi Arabia is the second biggest regional market for the German brand with a stable sale record of 920 units while Kuwait ranked third with a 7.9 per cent increase in car sales with 616 units sold.

All Middle East markets, except Syria and Qatar post the company’s halt on operations and a change of dealership respectively, registered growth in sales.

The strongest growing markets for Audi are Lebanon with 97.8 per cent, Dubai and the Northern Emirates with 34.8 per cent, Oman with 29.3 per cent and Bahrain with 27.3 per cent growth, compared to first half of 2012

The residual values for sale of pre-owned cars are expected to rise as demand outstrips supply in the region. Qatar, Lebanon and Jordan will begin tapping into the pre-owned vehicle market with the Audi car sales slated to begin in the second half of this year.

Audi’s 7-seater SUV, the Q7, is company’s bestselling model in the region and witnessed a 53.2 per cent surge in sales.