As Etihad Finally Signs Deal With Alitalia, What Next? - Gulf Business 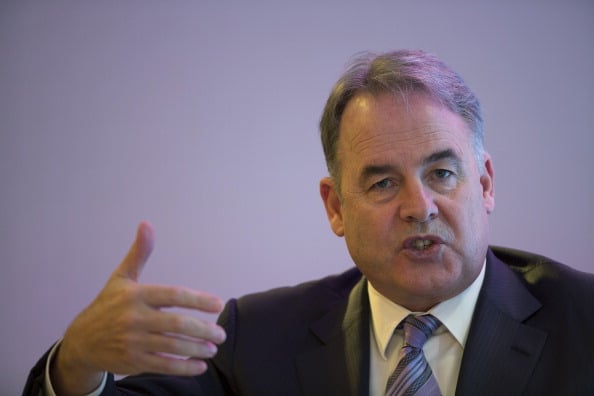 It was a typically confident and straight-talking performance from Etihad President & CEO James Hogan in Rome on Friday.

Friday served as a new marker for Alitalia as Etihad set out its “roadmap” to return the troubled carrier to profit by 2017.

Journalists in the room – and those outside, thanks to a crystal clear YouTube link – had subjects the length of an Alitalia wing on their notepads: strikes, debt, funding, job cuts, the EU, aviation competition and an Italian faltering economy among them.

In two concessions, he admitted Alitalia had been a “poor business financially” and warned there will be “no quick fix”. But in all other respects, this was a “very bullish” Hogan.

Look at the fundamentals, he said – with its world-renowned culture and history serving as a perennial inbound magnet and Italy ranked among the fourth largest aviation market globally, the omens are favourable. He went as far as to describe Alitalia as one of the “sexiest” airlines – which is not a word you readily associate with 67-year-old companies.

Other fundamentals weren’t addressed. Italy has just entered its third recession since 2008, which will doubtless impact business and leisure travel. Changes to electoral law and economic reforms remain elusive.

Operationally, with its 47 codeshare partners, and rising number of equity partners, there was another clear message for those hearing about Etihad for the first time – and reminder for those that weren’t; now Alitalia is on board, start seeing the airline in the collective sense, as Etihad adds another strong thread in its desire to “knit networks” across Europe and the globe. Together with Air France/KLM and Air Berlin, the network synergies are growing.

There were a few details on the ‘new’ Alitalia, which will be focused on premium long-haul, with 10 new routes, and underperforming short-haul point-to-point routes will be axed. Both strategies are understandable but not without challenges.

The challenge for Alitalia is that, historically, many Italians, particularly in the north, have not flown with them and been courted by other European carriers. Will they now fly Etihad?

The Abu Dhabi carrier will now take on the likes of Lufthansa and British Airways, strong brands in Europe, and hope to funnel passengers onto Etihad Regional and via Abu Dhabi to the subcontinent, the east and Australasia.

The buy-and-lease-back of Heathrow slots secures Alitalia’s position flying into Europe’s premier hub and it now appears to leave the door open for Etihad Regional to further accelerate its short-haul growth. Some interesting dynamics ahead.

There was a telling comment about a “few curves” in the protracted deal-making process which in itself, is no major surprise, but investors will be watching carefully to see how the commercial relationship evolves. Alitalia CEO Gabriele Del Torchio said it was entering “unchartered territory”.

Alitalia staff will find out in September which of the 2,000 staff will lose their jobs. Not all will be made redundant, a number of pilots and engineers will be offered positions in Abu Dhabi.

If Hogan can turn around Alitalia in the next 36 months, it will rank among his most impressive achievements. If he can’t, then it will prove the Italian market should have been left unchartered.