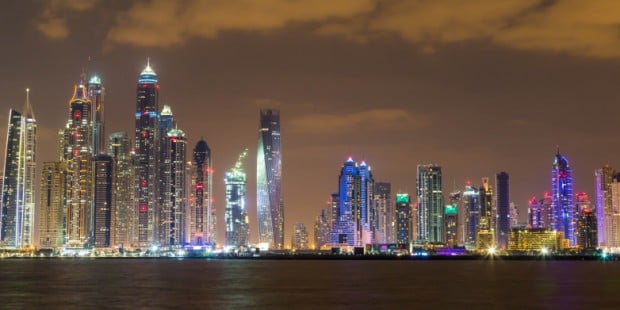 The year 2015 largely proved to be a breather for the United Arab Emirates’ real estate sector. Dubai’s property market began the year with a massive hangover of inflated prices achieved over the course of the previous two years, something that looked set to push the market towards another burst of the speculative bubble.

However, the government’s restrictive measures enforced in 2013 – including a hike in property registration fees and mortgage caps – began to exhibit significant effects in 2015. The move helped separate serious contenders from one-hit wonders, and helped the market lose the steam it had amassed in 2013 and 2014.

Besides official interventions that drove away flippers and helped the market cool down, another serious factor that aided the slowdown in growth was an amplified forecast of unit supply in 2015 – 25,000 to be precise. Though fairly wide of the mark, this forecast nonetheless set the tone of things to come and the year generally saw investors carefully observing the action from the side-lines.

Market sentiment is fickle and with the 2008 crash still fresh in most memories, the ambitious supply forecasts meant many investors chose to sit tight on their capital and wait. In reality, only around 10,000 units will actually enter the market this year, that too if rounded up generously.

Though Bayut.com’s statistics indicate that prices are rationalising, there has been no stopping the growth of the rental markets in both Dubai and Abu Dhabi, which continued to exceed expectations throughout 2015.

The primary driver of growth in the rental market has been the rising population in Dubai and Abu Dhabi. The diverse economic opportunities in both emirates continue to attract expats and the strength of the rental prices is clear indication of the persistent demand for accommodation.

The case for Dubai’s realty market became a tricky one in 2015. Although the demand in the market was certainly affected by global issues such as the oil price crunch, regional security issues, a strengthening dollar and an overall global slowdown, the falling prices were often wrongly attributed to inherent weaknesses in Dubai’s real estate sector. As Dubai has a strong appeal for luxury and holiday home seekers, it saw its fair share of a drop in demand from Russian and Saudi investors who were directly hit by the oil crunch and a rallying dollar.

Still, Dubai’s realty market saw investors pour in Dhs 186.34bn through 33,907 transactions in the first three quarters of 2015, according to the Dubai Land Department. In the rental segment, rentals yields of well over 7 per cent make a strong case for investment, especially with the prices stabilising.

Cityscape Global also saw a number of projects launched by developers – including Jebel Ali Gardens, The Villages, Viridian at The Fields and Skyline Towers – showcasing their faith in Dubai’s real estate sector and its future.

Two-and three-bedroom apartments, meanwhile, posted 4 per cent and 2 per cent declines in average annual rents in December 2015, respectively. But the major hit was taken by the four-bedroom plus category, where average rents fell by over 12 per cent in December 2015.

As the population rises, calls for the need to build affordable housing for an increasing workforce are gaining ground across the emirate. The government has been considering earmarking quotas for affordable homes in new developments, a thought that could become reality soon.

Regardless, many developers have already stepped into this untapped segment and announced affordable housing projects that will certainly find ample demand once they are built.

Besides, affordable communities like International City, IMPZ, Dubailand, Sports City, JVC and Silicon Oasis have gained in popularity over the year for having a host of affordable housing options.

From what we have observed, the coming year will bring good tidings for Dubai’s realty sector. With the work on the Expo 2020 site and several other related infrastructure projects set to begin next year, the emirate is likely to see a flurry of activity in the real estate sector in general. As the population continues to increase and the economy continues to diversify, business and job growth will drive demand for residential and commercial spaces and ultimately help push property prices upwards.

Despite some negativity in the air, the UAE’s real sector has survived a rather tough year with great resilience. The sentiment across the market remains largely positive. Although there have been pockets of turbulence in the sale market, the strength of rental returns is still attracting buyers who plan to undertake a buy-to-let decision.

With average residential rental returns well above 7 per cent and beating the likes of London and Hong Kong, Dubai promises a more-than-decent return on realty investment. The year 2016 looks set to witness the initiation of a number of projects leading up to Expo 2020, and they are likely to help reinvigorate both real estate and business activity. With the population continuing to grow in number, the seemingly excessive unit supply could fall short of meeting the demand.

A formal removal of trade sanctions on Iran could also provide fresh capital to the market and let the slowdown in prices correct its course. The Dubai government’s recent revival of abandoned real estate projects worth Dhs 12bn is also likely to open up numerous avenues of investments and make many interested in the market again.

The maturing UAE real estate market holds immense capital appreciation potential in the medium to long term, while rental income makes a strong case for short-term indulgence. Both Dubai and Abu Dhabi appear to be in no mood to slow down their development run anytime soon.