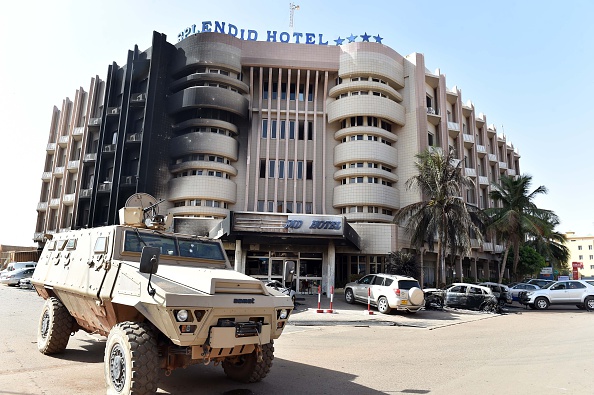 Two businessmen from Saudi Arabia were among the hostages freed after a deadly attack on a hotel in Burkina Faso, the official Saudi Press Agency reported.

In a statement, the Saudi Embassy in Burkina Faso confirmed that the two men, released following an Al Qaeda attack on the Splendid Hotel in Ouagadougou, were safe.

Procedures were being taken to ensure their safe return to the kingdom as quickly as possible, the embassy added.

The attack on the four-star hotel, which began on Friday night, left at least 29 people dead, including 11 foreigners.

Militants – including two women fighters – stormed the hotel and took several people hostage. Following a long-drawn out battle, security forces managed to reclaim the hotel and freed the hostages.

“The Burkinabe nation is in shock,” President Roch Marc Christian Kabore said in a television address.

“For the first time in its history, our country has fallen victim to a series of barbaric terrorist attacks,” he said.

Kabore said 156 hostages had been freed while around 50 civilians had been wounded. The African nation will observe three days of mourning from Sunday.

“Faced with these terrorists and their vile acts, we must mobilise to ensure the appropriate response to put them out of action,” he said.

“We will emerge victorious from this war, which has been imposed upon our people and all other people of the world who want peace and freedom,” he added.