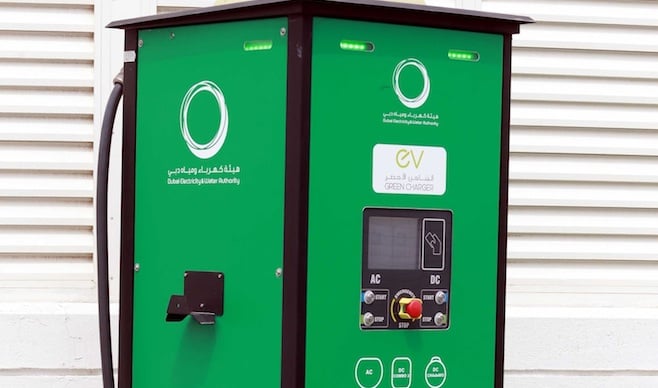 The first electric charging stations have been opened at ENOC/EPPCO petrol stations across Dubai in partnership with the Dubai Electricity and Water Authority.

Seven charging stations were completed and commissioned in February 2016, while two additional units are planned to be installed in upcoming sites currently under construction in Dubai, a statement said.

In February 2015, DEWA launched its first charging station for electric cars in its headquarters.

ENOC’s vice chairman and DEWA’s managing director and chief executive officer Saeed Mohammed Al Tayer said: “This project highlights our commitment to sustainability and our strategy to promote the use of electric cars, in line with the Dubai Government’s Smart City initiative.

“We are thankful to ENOC for its support in providing their facilities to establish the infrastructure needed to facilitate the implementation.”

Stations will be located on main thoroughfares, at the airport, close to shopping malls and in community hotspots like Jumeirah Beach Residences.

DEWA has used photovoltaic technology to power three different categories of charging stations, which are designed to accommodate all kinds of electric vehicles.

To access a charging station, electric vehicle drivers need to obtain a green card charger, which can be received by registering with DEWA and setting up an account.

There is also the option of having a charger installed at home.

DEWA’s schedule of charges is set at 29 fils per kilowatt per hour for the public charging stations and the standard residential tariff will apply for any home charging application.

The overall programme aims to reduce the emirate’s carbon footprint and boost the use of renewable energy alternatives.