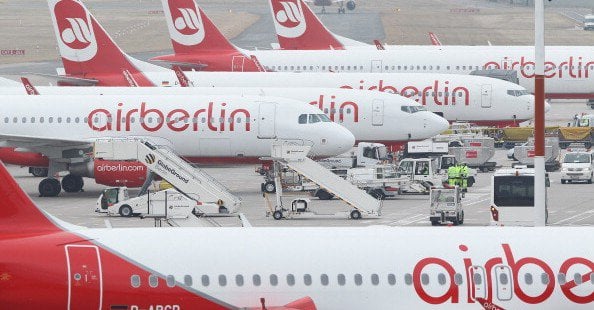 Abu Dhabi carrier Etihad Airways has again been allowed to operate codeshare flights with partner airberlin after a German court overturned a previous ruling on the matter.

A German court ruled on December 30 that Etihad would not be able to codeshare with airberlin on dozens of routes as they were not covered by the current air traffic treaty between Germany and the United Arab Emirates. The decision was valid from January 16 to March 26, 2016.

However, the new ruling by the higher administrative court in Luneburg reversed the earlier judgment.

It now allows Etihad to continue operating 26 out of the 31 codeshare flights for the full winter schedule – which ends on March 26, 2016.

The court ruled that 26 of the 31 codeshares are lawful.

The codeshare agreement was first disputed in August 2014 when Germany’s transport ministry said that it did not fall under the air services agreement between the UAE and Germany.

The deal only allowed UAE carriers to operate to four airports within Germany, and airberlin’s Berlin hub was not among them.

However, the court’s interpretation of the UAE-Germany air services agreement now means that Etihad will be able to continue with all those codeshares beyond the winter schedule, Etihad said in a statement.

Etihad Airways president and chief executive officer James Hogan said: “We are pleased with the ruling which confirms 94 per cent of Etihad Airways’ codeshares. This ruling is a victory for consumers and competition in Germany.

“We remain strongly committed to our strategic partner, airberlin, and will redouble our efforts to provide a strong competitive alternative to the dominant German carrier, Lufthansa.

“We would like to encourage German consumers to support airberlin and its 8,000 staff, who have been seriously damaged by this sustained attack on their business.”

The Abu Dhabi carrier owns a 29.2 per cent stake in airberlin.

UAE’s Etihad to appeal against ruling on Air Berlin codeshare