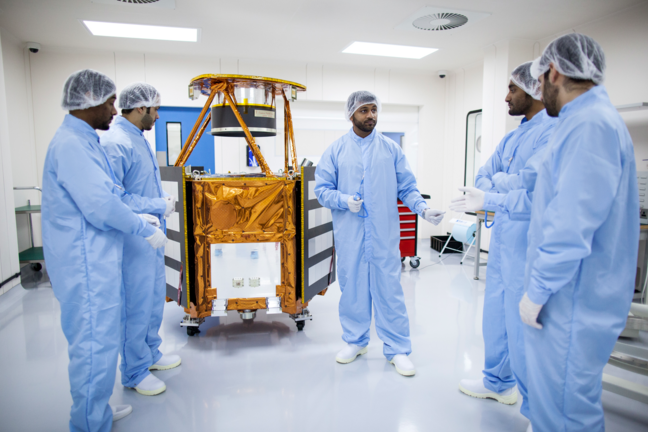 Engineers will soon begin building the satellite in preparation for its scheduled 2018 launch on the H-IIA launch vehicle, which is owned by Mitsubishi Heavy Industries.

Work is now due to commence on the development of the United Arab Emirates’ ground station programmes that will manage all post-launch communication with the satellite.

This will be MBRSC’s third and most technologically advanced satellite and is designed to provide high-resolution images and data required for disaster relief management, urban planning and environmental protection, among other uses.

MBRSC director general H. Yousuf Hamad Al Shaibani said: “The completion of the final design of the engineering model by the KhalifaSat team is a major milestone, not only in developing this satellite; it is an achievement for the entire satellite manufacturing sector in the UAE. The success of Emirati engineers in leading and executing this project is a testament to the skills they gained from the previous two projects, especially since KhalifaSat is the first practical step in manufacturing an Emirati satellite built by Emirati expertise in Space Technology Laboratories in Dubai”.

The next step of the project will be the manufacture of the actual satellite that will be launched into space and the development of the ground station systems, both of which are expected to be ready for launch by the second half of 2017, ahead of the intended 2018 launch.