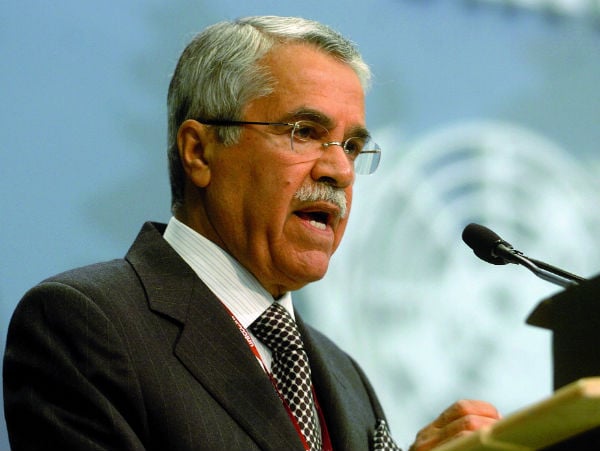 Saudi Arabia’s Gulf ally Kuwait echoed the comments on price, saying the current levels were fair, with the market a little bit oversupplied.

Current oil prices will not deter economic growth, he told an investment conference in Hong Kong last week, amid warnings from the International Energy Agency earlier this month on worsening Chinese business sentiment, a European slowdown and the prospect of U.S. budget cuts potentially limiting demand for oil world wide.

In the second quarter, Saudi Arabia is expected to increase its oil output to match higher Chinese demand, industry sources said in February.

Benchmark Brent has traded above $100 a barrel for most of the time since early 2011, driven by supply concerns. Unrest in Libya to a standoff over Iran’s nuclear programme have all helped keep prices high, worrying investors that elevated energy costs will hurt the fragile global recovery.

Both Naimi and his Kuwaiti counterpart were speaking on the sidelines of an energy conference in Kuwait.